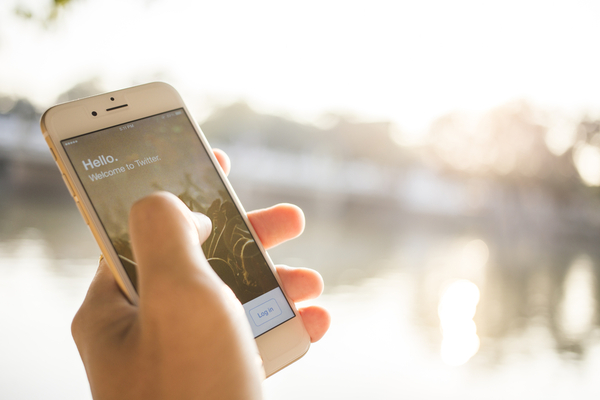 A Democrat senator is now advocating for government regulation of Twitter after his letter demanding answers from Elon Musk was downright ignored by the billionaire.

We’re living in a world full of hypocrisy – to say the least.

Senator Ed Markey of Massachusetts sent a letter to Musk with four lengthy questions after he was impersonated on Twitter under the company's new operations. He gave Musk two weeks to respond.

Therefore, because he didn’t receive the treatment he expected as a senator, he went on to say Big Tech needs to be regulated by Congress.

“Congress must end the era of failed Big Tech self-regulation and pass laws that put user safety over the whims of billionaires,” Markey wrote in a tweet.

Well, Senator Markey, you have free access to create your own platform to enforce the rules you want. That’s what Americans who felt the reality of censorship for the past three-plus years have been told.

In a comedic Twitter reply, Musk wrote in reference to the impersonated account, “Perhaps it is because your real account sounds like a parody.” A few hours later, Musk wrote, “And why does your pp have a mask!?” 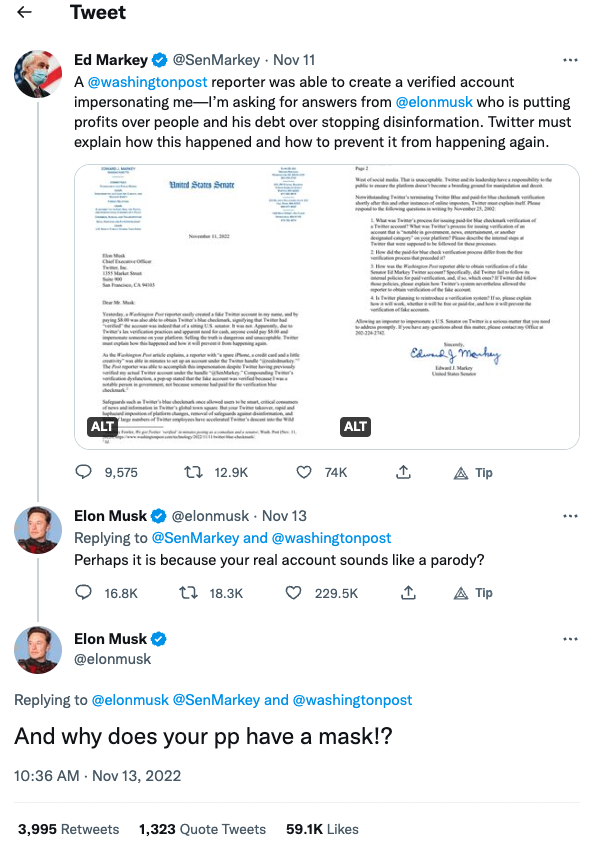 But it wasn’t over just yet. In a threatened comeback, the senator wrote: “One of your companies is under an FTC consent decree. Auto safety watchdog NHTSA is investigating another for killing people. And you’re spending your time picking fights online. Fix your companies. Or Congress will.”

Or Congress will? There are plenty of issues currently affecting the American people brought by Congress and our federal government. Let’s start by fixing your sphere, Senator Markey.

The White House has said that "we're keeping an eye on" Twitter since Musk took ownership and allowed controversial people like former President Donald Trump back on the platform.

When did they "keep an eye on" the mistreatment of particular ideas on social media like certain Covid-19 treatments and election irregularities?

This reactionary form of government and leadership is failing the people. Democrats and Republicans alike must be willing to see past their differences when injustice appears so evident, like breaches to the First Amendment.

As Americans, we have a right to express ourselves, and while the issues of Big Tech remain, it’s not right for politicians to only come around to the idea of action when it directly affects them.

Convention of States is working to fix Markey’s sphere of influence because that’s where to root of corruption, dishonesty and too much power lies.