Note: This vivid story about a recent town hall was sent to me by a local patriot writing under an alias. It's a blessing to have local patriots share their passion and hope, and help us get the word out about Convention of States.

The Convention of States limits the power of the Federal Government and gives the power back to the individual states where the founders intended it to remain.

The Town Hall started like any other, with opening prayers and the Pledge of Allegiance. Several minutes into the presentation, the library administrator entered and told the group, who were all maskless, that "face masks must be worn or you would be asked to leave. If you refused to leave, you would be escorted out by security."

The room erupted into chatter about the health risks and legality of any mandates requiring the wearing of 'face diapers.' Half of the room complied and put on their masks, some left and the others stood their ground. The administrator came back with a package of masks and passed them out, but some still didn't comply.

In a surreal moment, just as our speaker was wrapping up and prepping for Q&A, an armed security guard entered the room and took the floor. The guard told us there were three Edina police officers in the parking lot waiting to be called in if we didn't comply or disperse. 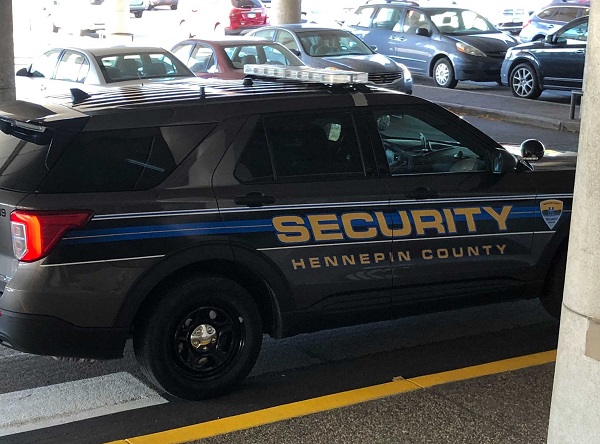 Most of the crowd was over fifty, so this is like the over-the-hill gang getting threatened to be arrested over not wearing a mask.

Chatter broke out again and we all agreed to go out into the parking lot, where masks were not required, to continue with the Q&A and also meet up with a state legislator who was waiting out there to meet us and answer questions.

Our security guard was ordered to stay watching over the group outside, in case we got rowdy or refused to disperse. I was wondering if the press was going to show up so that we'd all be hauled off to jail for non-compliance or disorderly conduct!

After several questions and more rumbling about the state of the union, we all slowly dispersed without incident.

This writer found the entire scene hilarious. I was proud to be there as a witness and to be a part of the rowdy gang! But more-so I was proud to be part of this awesome group of dedicated people, who love our country and are determined to protect her from a tyrannical government run amok!