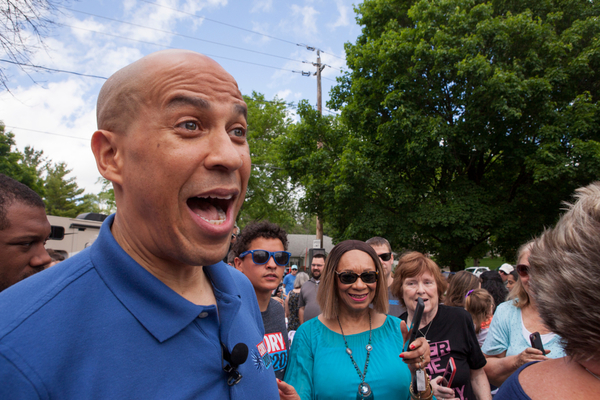 Some of the best examples of federal overreach begin with "good intentions," and the latest comes from New Jersey Senator Cory Booker.

College athletes aren't paid a salary for their work on the field and the court, but their schools make millions every year on their athletics programs, specifically football and basketball.

To remedy this supposed injustice, Sen. Booker wants to pass a federal law that will require colleges to share the profits they make with the athletes who generate them, according to The Daily Signal. Athletes receiving scholarships would also get a cut of the profits, which could earn football plays over $100,000 per year.

To enforce this new regime, Booker also wants to create a Commission on College Athletics. This commission would consist of nine presidential appointees with sweeping powers to control how college sports are funded, staffed, and played.

Federal overreach often comes in benevolently-shaped packages. The debate over unpaid college athletes is a real one, and there are proponents from both sides of the aisle on either side of the controversy. There may be a reason to pay athletes for their work on the field, but federal mandates are the worst way to make that happen.

Booker's plan would transform college athletics into yet another massive bureaucracy run by Washington. It would infringe on the rights of individual schools and individual players, and it would (like all federal programs) be plagued with corruption and abuse.

Unfortunately, federal regulation is always the solution proposed by our nation's most powerful politicians. The Supreme Court has interpreted the Constitution to give Washington near-unlimited power, including the power to regulate college athletics nationwide.

We need to change the mindset among our nation's politicians. The federal government was never meant to solve all our problems, and we must stop acting like Washington has the ability or the authority to fix what ails our country.

That's why millions of patriotic Americans have joined the effort to call the first-ever Article V Convention of States. A Convention of States can propose constitutional amendments that limit the power, scope, and jurisdiction of the federal government. These amendments can clarify Washington's restricted, limited role in our nation's governance and keep politicians from trying to regulate every aspect of American life (including college sports).

Booker might be motivated by a real concern for college athletes, but his solution is too broad and the federal government is the wrong entity to implement it. We need to put the people and the states back in charge, and the best way to do that is via a Convention of States.