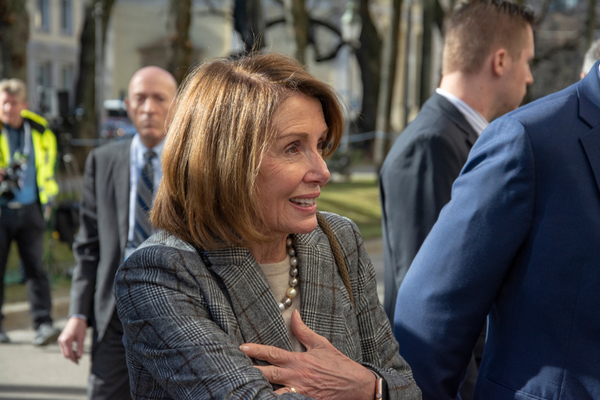 According to the report, at least a dozen lawmakers have ties to organizations that received federal coronavirus aid. The new data shows how "Washington insiders were both author and beneficiary of one of the biggest government programs in U.S. history."

Neither Democrats nor Republicans were exempt. A California hotel partially owned by Nancy Pelosi's husband received money from the American people. So did a shipping business owned by the family of Mitch McConnell's wife.

Other lawmakers received funds directly to businesses they owned.

Car dealerships owned by at least three Republican House members — Reps. Roger Williams of Texas, Vern Buchanan of Florida and Mike Kelly of Pennsylvania — received money. So, too, did fast-food franchises owned by Rep. Kevin Hern, R-Okla., a law firm owned by the husband of Sen. Jeanne Shaheen, D-N.H., and the former law firm of Rep. Matt Cartwright, D-Pa., which employs his wife.

Money also flowed to a farming and equipment business owned by the family of Rep. Vicky Hartzler, R-Mo., and a regional casino company led by the husband of Rep. Susie Lee, D-Nev.

Usually, our "leaders" in Congress can hide this kind of corruption behind layers of bureaucracy and armies of lawyers. But the frantic, last-minute nature of the COVID-19 aid package kept them from building in their usual protections. Now, their waste and abuse are out in the open.

Congress won't impose any of these reforms, but We the People can with an Article V Convention of States.

This complete package of amendments can put Congress back in its constitutional box. No more blank checks funded by the American people. No more career politicians. And no more unlimited power.

Millions of Americans have voiced their support. Will you? Sign the Convention of States Petition below!