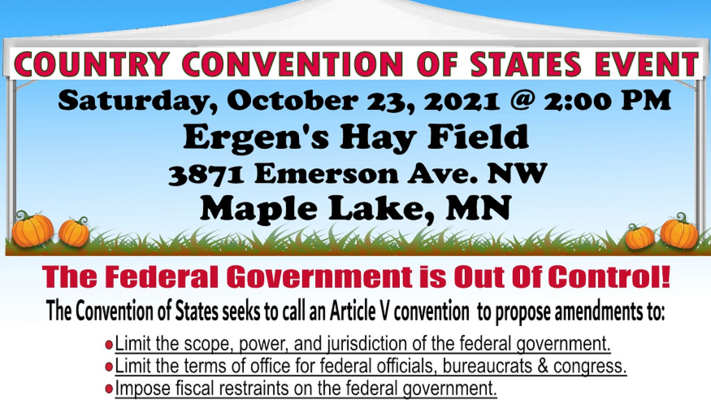 It starts with the neighbors and friends and spreads out from there. That is what COS is doing across the country. From cities to farms, from neighbors to friends, to blue collar or white collar, to business owners -- we are all fighting to keep our country. 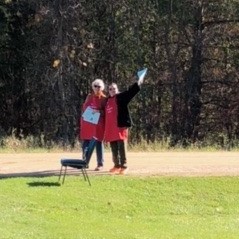 Paula Ergen had a great day to have a country style town hall on her farm. It was a beautiful, sunshine filled day on Saturday, October 23, near Maple Lake, MN in Wright County. It was one of its first kind in Minnesota to hold a townhall outside on a farm. 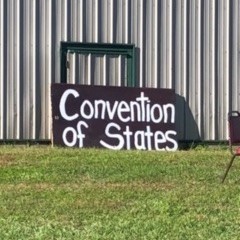 There was a tent, tables, a sound system to help the speakers to be heard and an American Flag flying. There was lots of personal touches from the COS sign to the petition drop box that gave it a true grassroots feeling.

Email, newspaper and word of mouth got 42 people to attend this town hall. Paula’s neighborhood was part of this group and several close friends helped her by wearing red aprons that said “Ask me about Convention of States.” 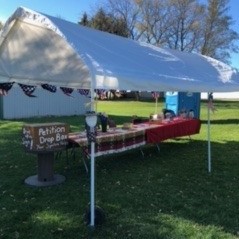 Kevin Fuhrman gave a great presentation about COS and answered questions about different topics but quite a few were about election integrity issues. The crowd was engaged and involved with what was being said. Bruce Anderson, MN Senator, and Paul Novotny, MN Legislator, were both there and added comments to what was being said. 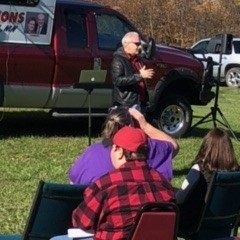 George Vanderloop volunteer, Nina Fertey Regional Captain, and Amy McCutcheon State Co- director all came to help with the town hall and were greatly appreciated for all their time and effort to support Paula and COS. 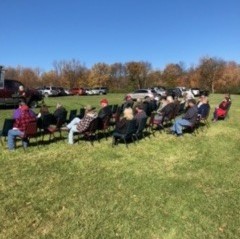