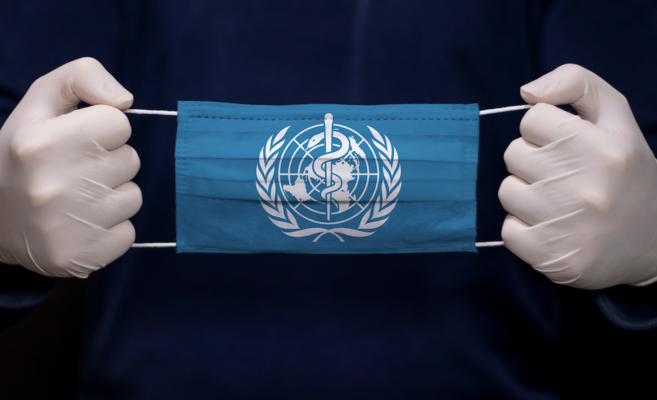 The ongoing effort by the Biden administration and his behind-the-scenes handlers to establish a “global pandemic treaty” with members of the World Health Organization has American sovereignty at risk.

A treaty for global pandemic preparedness is backed by the Biden administration and could create a legally binding set of international laws that would essentially give away American independence in the name of health.

Powers and funding could be transferred from individual countries to the United Nations’ WHO for pandemic control. The global treaty discussions were brushed aside during the World Health Assembly meetings last week in Geneva due to major attention and backlash around the world.

Two Republican Congressmen, Reps. Chris Stewart of Utah and Ronny Jackson of Texas, introduced legislation this week that would prevent the U.S. from participating in the treaty. However, with Congress and the White House controlled by Democrats until at least the end of the year, the measure to maintain U.S. independence will likely stall out.

“President Biden must be stopped from handing power to a corrupt body of international bureaucrats,” said Rep. Stewart. “If he gets his way, the WHO will have the power to unilaterally declare a public health crisis in America. Yes, the same WHO that actively covered for China by denying their role in the origins of COVID-19.”

If 34 states can pass the COS resolution – 19 already have – then the states can come together to discuss limiting the scope of the federal government so that politicians can’t sell out our freedom for a global government.

We can also add in term limits so the same old politicians can’t make an entire career off of taxpayers. Plus, we can address the national debt and put spending limits in place. There’s huge problems in Washington and there’s no chance those ingrained in the system will make these changes themselves.

It remains to be seen if our federal government will force us into the pandemic treaty, but we at COS will keep fighting for independence and self-governance every day.

Sign the petition below to let us know you are in support of a Convention of States.