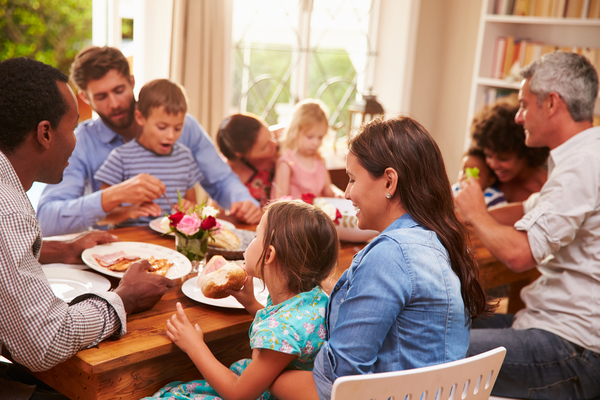 The following is Part II of COS co-founder Michael Farris's series, "Constitutional Philosophy for Regular Citizens." Click here to read Part I.

The Declaration of Independence contains this key passage:

“We hold these truths to be self-evident, that all men are created equal, that they are endowed by their Creator with certain unalienable Rights, that among these are Life, Liberty and the pursuit of Happiness. — That to secure these rights, Governments are instituted among Men....”

What is the purpose of government?

The Founders said (in the words of Thomas Jefferson) that the governments are instituted to guarantee our God-given rights.

The vast majority of government spending (combining state and federal budgets) is not for these purposes—but rather to provide for our needs.

There is a fundamental difference between a government with the chief aim to protect our God-given rights compared to a government aimed principally at providing for the needs of the people.

But some would say that the needs of the people are actually rights and thus there is no distinction.

Positive rights include food, clothing, medical care, education, recreation (yes, there is a right to play at government expense in the UN Convention on the Rights of the Child) etc.

But what is the philosophical difference between positive and negative rights?

When rights come from our Creator, they are above the whims of man. They cannot be legitimately denied no matter what any current regime says.

Our freedoms protected in the Bill of Rights follows this theory. These are God-given rights. The Bill of Rights don’t create these rights—our rights are created by God and secured by the Constitution.

Positive rights are not found in our Constitution. It is not because food, clothing, housing, or medical care are unimportant. These are essential needs. They are not in our Constitution because in God’s order the family was instituted to fill these needs.

Knowing those two sentences is the key difference between freedom and socialism.

Some are asking: what happens when the family fails to meet needs? A difference principle is invoked. Government has a duty to punish evil. It is evil for a parent (having the capacity to do so) to refuse to feed their child.

A legal mechanism to enforce a parent’s duty is an example of the second great purpose of government. Governments punish wrong-doing.

The Bible tells us (in Romans 13) that rulers punish evil.

Punishing evil is often directly related to protecting rights. Someone steals a car. The car owner has a God-given right to property. The thief has violated the moral law of God and the rights of the owner.

A free nation requires understanding the proper purposes of government. Protecting our rights and punishing evil are the principal purposes for a legitimate government. Needs are to be supplied by the work of the individual and the family.

When government becomes deeply involved in supplying needs, inevitably the protection of rights become secondary. The Soviet Union understood this. It refused to ratify negative rights because it was on a positive rights agenda.

Government should secure rights and punish evil. Individuals and families should meet needs.

That is the only philosophy consistent with freedom.

Help protect freedom and stop government encroachments on the family by joining the Convention of States Project team in your state.