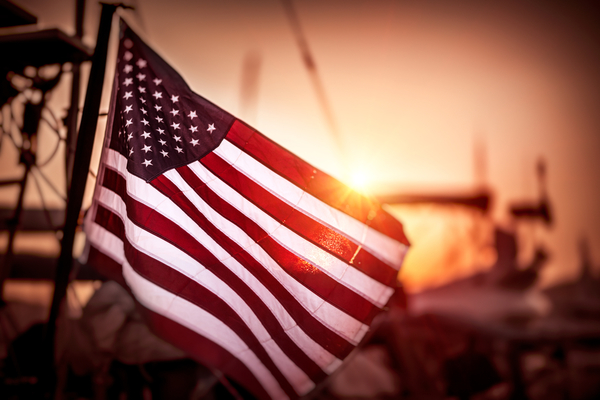 Michael P. Farris was the co-founder of the Convention of States Project. He's since become the president, CEO, and general counsel of Alliance Defending Freedom, and this year he led the ADF to victory in two recent high-profile Supreme Court cases. He recently published the following on his Facebook page, entitled "Constitutional Philosophy for Regular Citizens (A short series) Part 1."

A lot of us want to drain the swamp. It is self-evident that something has been dreadfully wrong in Washington DC for decades.

It is not merely that the federal government spends too much. Nor is the problem merely that the wrong party is in power. And the swamp cannot be explained by pointing out that in general there is too little difference between the parties in Congress—maybe not during campaign season—but when they actually govern.

All of these problems are real and they matter. But it is not sufficient to explain why we are in the mess we are in.

All of these listed problems point the finger at the ruling elites—and they certainly deserve our careful attention.

We spend too much.

We lose rights to an ever growing bureaucracy.

We feel powerless to stop the mess.

If the people truly wanted to stop any of these things they could.

But the people need two basic tools for their votes to have the desired effect.

1. They need facts. What is actually going on.

2. They need a philosophy of government.

In the days of social media it is much easier to get facts than it used to be.

But most people do not have a coherent philosophy of government.

A philosophy of government answers fundamental questions such as:

A free people need to know the answers to such questions. There are right answers and wrong answers to these questions—at least if you want to live in a free country.

This, of course, begs another question of political philosophy: Why is freedom better than slavery?

I am going to quickly give you the answer to this one because you all know the right conclusion. But it helps to review why this is true.

1. All men are sinners. This includes you and it includes all political leaders.
2. You make better decisions for yourself, on average, than the government will ever make for you.

You will live a better life as a fallible free person than you will ever live as a slave.

This is the norm. And, of course, there are exceptions. Children are not prepared to handle freedom in this manner. And there are a very small group of developmentally disabled persons who need supervision also.

But in both cases, that supervision comes more reliably from the family than from government.

Thus, a child protected by parents is more likely to have a successful life than a child in foster care or a government institution.

But it is contrary to freedom to treat all people like slaves just because there are exceptions which require the application of a different principle.

For today, on the eve of July 4, let this suffice.

If we want freedom we have to understand the whys of freedom. That’s philosophy. And it matters.

If people don’t understand the philosophy of freedom, they end up asking for stuff from the government. And once that is your operating principle, you are a dependent and not a free citizen.

For the next two weeks, I plan to address these issues of philosophy.

When we have a plumb line knowing right from wrong—slave from citizen—tyrant from ruler—we become truly dangerous to those who wish to drown our freedom in the swamp.

Want to be even more dangerous? Get involved with the Convention of States team in your state.