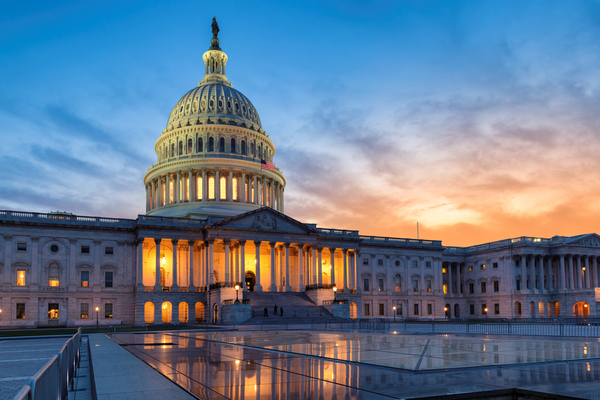 Listen to this article on The Liberty Update!

We all know Congress doesn’t actually work for the American people.

They don’t serve us.

Generally speaking, our Congressmen go to Washington to advance their careers, line their pockets, and build inroads with the corrupt DC establishment. But serve the American people? Work for us? They couldn’t care less.

Since 2020, House members have not even had to show up for work.

According to Fox News, “[p]roxy voting was established by former Speaker of the House Nancy Pelosi, D-Calif., in May 2020 to allow Congress to operate under COVID-19 pandemic protocols. Instead of showing up for votes, a member of Congress could submit a letter to have a colleague announce their position on bills and amendments and even cast votes in their name.”

Republicans criticized the practice, alleging that it was unconstitutional and a “dereliction of duty.” Yet 70 percent of the Republicans who initially spoke out against proxy voting eventually took advantage of it.

“While proxy voting was intended as a "public health emergency" policy, lawmakers in both parties have pawned off their votes to attend campaign events and other functions entirely unrelated to their health concerns with voting in-person,” Fox News continued.

Can you imagine any other job that pays $174,000 annually without even requiring that you show up for work or attend to your responsibilities?

Thankfully, in a small step in the right direction, House Speaker Kevin McCarthy announced this week that proxy voting has officially been ended. "The Senate has managed to maintain in-person Floor voting for the entirety of the past two years — with a much older population and a 50-50 makeup, no less," he pointed out last month. "From the get-go, we warned that proxy voting would be misused as a means of convenience rather than as a precaution for health — and it has been, by members of both parties."

Unfortunately, we all know that this will not change all that much. Congress is still heading in the wrong direction with a total disregard for the American people’s wants and needs. We applaud the House for ending proxy voting and requiring our Congressmen to show up for work, but we know it is going to take so much more than that to rein in the federal government.

We cannot rely on politicians inside Washington to fix Washington. The only way to do it is through an Article V Convention of States which would enable We the People to impose restraints on the federal government’s power and spending, and term limits on federal officials. To get involved, sign the Convention of States petition below.