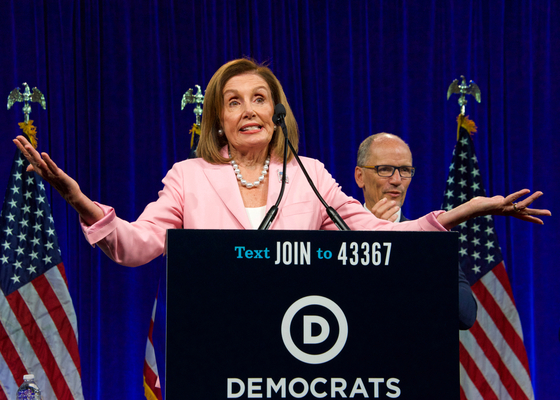 Can Congress police itself? Is the federal government capable of holding itself accountable to the American people?

If their ability to oversee trillions in COVID-19 spending is any indication, the answer is no.

The Washington Post reported over the weekend that the conversations in Washington about how to oversee President Biden's latest COVID-19 spending package is "muted."

When President Trump passed his relief legislation, Democrats in Congress couldn't stop talking about their duty to oversee how that money was being spent. Now that Democrats control the White House, they couldn't care less.

To date, more than $5 trillion in government spending has been appropriated to respond to the pandemic and ensuing economic calamity. Yet, over the past year, oversight from three separate watchdog entities has been either undermined by partisan disagreements, slowed by bureaucratic hurdles or constrained by funding, according to interviews with those tasked with carrying out oversight, outside experts and advocates. One of the watchdogs created by the Cares Act has yet to receive a chair, hampering its work. Another watchdog faces budget constraints with just three dozen full-time staff so far.

To summarize, our "leaders" in Congress authorized trillions of dollars of our money to be sent who-knows-where, then sat back and refused to provide any oversight. Some of that money is going to struggling Americans, but if the last COVID-19 bill tells us anything, much of our money is going to foreign governments, pointless studies, and massive corporations.

But the White House won't hold Congress in check because President Joe Biden will never go against his own party. And the Supreme Court has already given Congress the power to spend money on virtually anything--they aren't about to reverse those decisions now.

It's up to us to keep Congress accountable, but our strategy so far hasn't worked. Even the "best" politicians succumb to the pressures of D.C. and vote to give themselves more power, money, and influence. We need a new strategy, and we've found one in Article V of the Constitution.

Article V allows the states to call a Convention of States to propose amendments to the U.S. Constitution. These amendments can limit the power, scope, and jurisdiction of the federal government--including Congress' ability to spend our money. These amendments can prohibit Congress from spending money on certain issues, force Congress to balance the budget, and limit both spending and taxation.

Unless we can call a Convention of States, our children and grandchildren will foot the bill for this generation's irresponsible spending. To join the movement, sign the petition below!