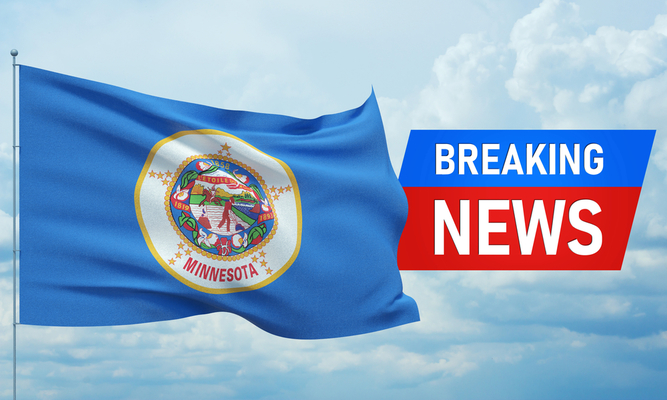 A great article about Convention of States was published in the central Minnesota newspaper Patriot News MN. Here is a reprint:

Several people in Sherburne County have begun spearheading a movement entitled Convention of States, a grassroots nationwide movement to elicit changes to federal and state government.

The volunteers are spending their time and energy to get the project moving forward. Recently, Brian Ellingson was selected as District 15B captain and other positions within the action are being sought.

Convention of States is a non-partisan, grassroots organization gaining ground in their charge to engage everyday citizens to impose fiscal restraints, limit powers and establish term limits for all politicians. They boast a network of over five million citizens and patriots in Georgia, Alaska, Florida, Alabama, Tennessee, Indiana, Oklahoma, Louisiana, Arizona, North Dakota, Texas, Missouri, Arkansas, Utah, and Mississippi have passed the COS application.

Article V of the Constitution authorizes state legislatures to call a Convention of States to propose these amendments and to aid citizens in helping to curb the abuse of unsustainable debt, the crushing regulations on states and business with rising taxes, continued government overreach when it comes to one’s health care and children’s education.

The Convention of States is being played out in all 50 states with eight getting passage through one chamber, 15 being passed in resolution and nine having active legislation in 2021. It takes 34 states to call the convention and 38 to ratify any amendments that are proposed.

The Convention of States has grown 60% nationally in the first six weeks of 2021. Three hundred and seventeen people have signed the COS petition just in District 15B!

Why a Convention Of States?

On page 6 of the COS pocket guide, it states “Washington, D.C., will never voluntarily relinquish its own power, no matter who is elected. The only rational conclusion is this: unless some political force outside of Washington, D.C., intervenes, the federal government will continue to bankrupt this nation, embezzle the legitimate authority of the states, and destroy the liberty of the people.”

These abuses are not mere instances of bad policy. The federal government has been subjecting its people to “soft tyranny” in which the government does not (yet) shatter all men’s wills but regularly “softens, bends, and guides” them. If the American people do nothing to halt these abuses, they run the risk of becoming nothing more than “a flock of timid and industrious animals (sheep), of which the government is the shepherd.”

Calling a Convention of States

Congress cannot block a COS as long as each of the 34 states applies for a Convention that deals with the same issue (e.g., limiting the power and jurisdiction of the federal government). Congress’s ministerial duty is to name the place and the time for the Convention. If it fails to exercise this power reasonably, the states themselves can and will override congressional inaction.

At the Convention, each state’s delegation participates in discussing, drafting, and voting on amendment proposals germane to the topic(s) stated in the 34 applications that triggered the Convention.

Each state has one vote at the convention. Amendments sent to the states are merely suggestions, and have no authority until ratified by the states.

The first ever Convention of States Simulation convened in Colonial Williamsburg, Virginia, Sept. 21-23, 2016. One hundred and thirty-seven commissioners representing every state in the nation gathered together to undertake this historic endeavor. The Convention operated flawlessly, according to a set of rules drafted by Article V scholar Prof. Rob Natelson and approved by the COS Caucus, the largest state legislator caucus in America.

The Convention passed amendment proposals on the following six ideas: 1). The public debt shall not be increased except upon a super majority vote in Congress; 2). Term limits on Members of Congress; 3). Limiting federal overreach by restoring the Commerce Clause to its original meaning; 4). Limiting the power of federal regulations by allowing for a congressional override; 5). Requiring a super majority of Congress to increase federal taxes and repealing the 16th Amendment; 6). Giving the states (by a 3/5ths vote) the power to abrogate any federal law, regulation, or executive order.

Convention of States Action is a 501(c)(4) nonprofit organization founded for the purpose of stopping the runaway power of the federal government.

Mark Meckler is the President of COS and Jackie Burns is Minnesota’s State Director.

One can be a part of this historic grassroots movement by getting involved in four unique ways. 1). Sign the petition on the COS website; 2). volunteer 3). sign up to be a leader (district captain, communications coordinator, state videographer, etc.) 4). spread the word with family, friends or elected officials.

What a wonderful write-up! Hats off to their staff writer and anyone who helped get such a great review published in the paper. We sure need stories like this coming out, given the "soft tyranny" we're currently being subjected to in America.

The word about the solution as big as the problem must get out to the people. It is vital to our future as a nation. Thank you, Patriot News MN!