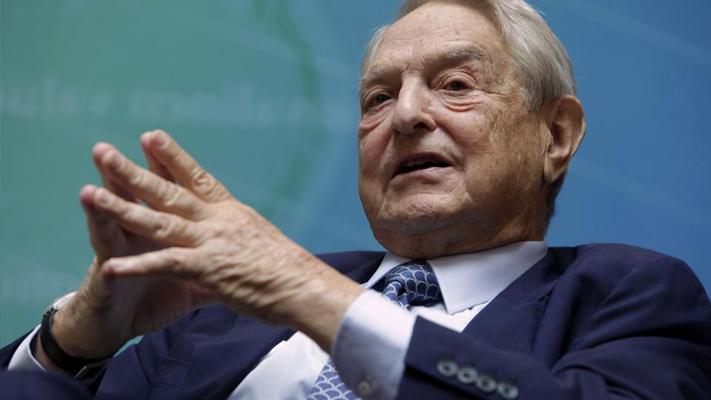 There is most definitely a war going on in America that is largely unpublicized; it is a war so important that America's military veterans (and all Americans) need to know about it, understand it, and become actively involved.

Recent reports indicate that far-leftist billionaire George Soros has chosen to enter the conflict on the side of those who wish to harm the nation by severely undercutting America's ability to continue functioning as a republic.  This is no small matter and deserves every American's close attention, especially the attention of America's veterans.

The United States Constitution (which every veteran is sworn to support and defend) allows for state legislatures to take action to make changes in the federal government's powers and jurisdiction as well as how it operates.  The authority to make these changes was granted to state legislatures by America's Founders in Article V of the Constitution.

So why is a man like George Soros so opposed to state legislatures using their constitutional authority in Article V?  Why has he chosen to spend many millions of dollars funding numerous groups to oppose state legislatures taking action to change things for the better in Washington, DC?

The answer is simple: George Soros does not want to see things change in Washington, DC.  He strongly desires to perpetuate the gridlock and ineffectiveness of the career politicians in Congress and throughout the federal government. He wants America to go broke. He desires this so much that he is now spending millions to support those groups who oppose essential and effective changes to the way Washington, DC, operates.

Groups funded by George Soros make highly erroneous presentations at state legislative hearings throughout America where they oppose Convention of States Project efforts. One of the most common scare tactics used by Soros-sponsored groups is to claim that a COS is the same thing as a constitutional convention; such a statement is blatantly false.  A COS will only propose amendments to the existing Constitution, amendments that must be ultimately ratified by 38 state legislatures to become part of the Constitution and law of the land.

Another favorite and erroneous scare tactic used by Soros funded groups is claiming that America's Founders illegally engaged in a "runaway convention" in 1787 to do away with the highly deficient Articles of Federation.  This claim has been disproved time and time again but most recently by Dr. Michael Farris, one of America's foremost authorities on the Constitution, in his recent article entitled "Defying Conventional Wisdom: The Constitution Was Not a Product of a Runaway Convention" appearing in a recent issue of the Harvard Journal of Law and Public Policy.

So, given all the above, what can veterans do to fight George Soros and all his millions of dollars currently undermining the Constitution?  For one thing, veterans need to know that their opinions and concerns receive the highest respect among the great majority of state law makers.

Further, experience teaches that of all the various constituency groups that come before state legislators supporting different things, veterans have the most influence with the majority of state law makers.  Therefore, it is imperative that veterans' voices be heard by these law makers in regards to their concerns for America and specifically their support for COS Project in their respective states.

In many states, there is a COS Project Veterans Coalitions Director who can be contacted. Telephone calls can also be made to the main COS Project number at 540-441-7227. What really needs to happen is for groups of veterans to visit their elected state legislators and speak loudly and clearly in support of COS Project. These visits can be arranged by COS Project leaders in practically every state.

It is truly time for veterans (and all concerned Americans) to step up and support/defend the Constitution by fighting against the likes of George Soros who desires very bad things for America.