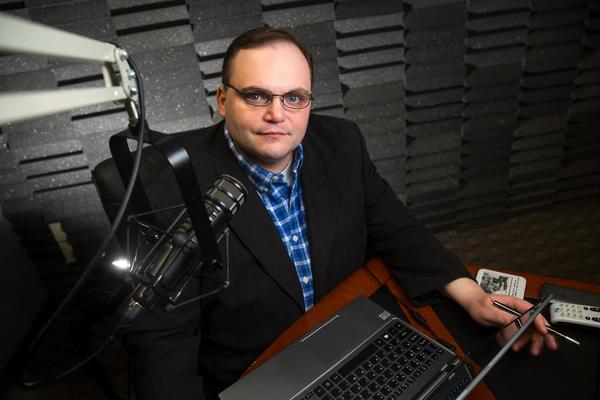 BlazeTV and Westwood One radio host Steve Deace has spent his career advancing the cause of liberty in this country. Now he's thrown his considerable influence behind the Convention of States effort, and we couldn't be happier to have him on board.

"The hour is late for our constitutional republic. It is not alarmist or paranoid to declare our rule of law almost gone," he said.

"One need only to objectively view the day's headlines with government gone wild, and unelected judges appointing themselves a perpetual constitutional convention. With too few exceptions, both major political parties have devolved from protectors of the Constitution to its primary threat.

"As I see it, the Convention of States may be the last chance within the system for we the people to form a more perfect union again."

Deace hosts a daily show for BlazeTV, the online conservative network also featuring Mark Levin, Phil Robertson of Duck Dynasty, and more. Each day he covers the intersection between culture and conservativsm.

“Steve Deace has been an unwavering advocate for promoting the efforts of grassroots warriors in Iowa and around the nation,” explained Mark Meckler, President of Citizens for Self-Governance and the Convention of States Project. “With a mainstream media focused on disinformation, Steve’s acerbic wit and truth to fake news inspires all of us.”

Deace is also a prolific writer, whose work has appeared in USA Today, Business Insider, Politico, Conservative Review, and Breitbart among others. His most recent book Truth Bombs includes a section devoted to the Convention of States movement.

His book A Nefarious Plot will soon be adapted into a motion picture from the producers of the hit movie God's Not Dead. He lives in Iowa with his wife, Amy, and their three children Anastasia, Zoe, and Noah.