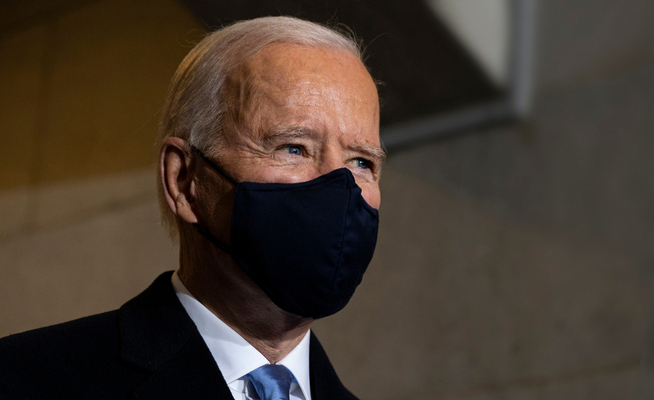 Earlier this year, a federal judge declared the long-standing and highly contentious mask mandate on public transportation to be unlawful, but now, President Joe Biden is working to reimpose a federal mandate for air travel.

The overturning of the original mandate was met with widespread exultation, as videos surfaced of passengers cheering and celebrating their maskless flights.

In my personal experience, I have noticed how few people have worn masks on each flight I have been on since masking became optional, and also how the overall atmosphere at airports has become less tense, all of which raises a serious question:

If huge amounts, potentially even vast majorities, of Americans are fine with going maskless into airports, then who exactly is the federal government doing this for?

It would be one thing if Americans chose to wear masks. It is another thing altogether for the government to make that choice top-down.

More often than not, it seems the prolonging of these mandates has been an experiment to test the American people’s willingness to comply, especially considering the questionable efficacy of mask mandates.

According to a report in the reputable New England Journal of Medicine, “wearing a mask outside health care facilities offers little, if any, protection from infection."

They added, "In many cases, the desire for widespread masking is a reflexive reaction to anxiety over the pandemic.

The University of Minnesota's Center for Infectious Disease Research and Policy admitted that “the data supporting the effectiveness of a cloth mask or face covering are very limited.”

Additionally, The Multiple Sclerosis Center of Arizona compiled a list of over 150 studies on the topic of mask effectiveness - or lack thereof - and ultimately concluded that the “evidence has been stable and clear that masks do not work to control the virus and they can be harmful and especially to children.”

But even publications that tout the wearing of masks, including, for example, the New York Times, have admitted that mask mandates “have not done much to reduce Covid caseloads over the past two years,” noting that Covid has spread at similar rates in cities both prone and resistant to masking.

In the opinion of one epidemiologist, quoted by the Times, “It is simultaneously true that masks work and mask mandates do not work.”

Both are acceptable choices if made voluntarily, not forced or coerced.

Thankfully, the public debate over masking seems to have, for the most part, subsided. But by reimposing a mask mandate, Biden would not only reignite that controversy but also chip away at the American people’s ability to be self-governing.

If anything, our largely weak-kneed response to the encroachment on our individual liberties served to encourage the federal government to do and take more. Regardless of whether or not Biden successfully implements a new mask mandate, he is still much too drunk on power for comfort.

This is where Convention of States comes into play.

Washington, D.C., is unable to rein in the Biden administration. More often than not, the entirety of the federal government is complicit in the White House’s crooked power grab.

If the government is unwilling to control itself, then our solution is not to send merely "better" politicians into a corrupt system, but to fix the system. Fortunately, our Founders gave the states the power to call a Convention of States for this very purpose.

Now is the time to use the Constitution to save the liberties guaranteed to us by our Constitution. By limiting the power and jurisdiction of the federal government, imposing fiscal restraints and placing term limits on federal officials, all of which we can do with an Article V Convention of States, we can drain Biden and his power-hungry cohorts of their undue power, once and for all.

To participate in this historic effort, sign the petition below and protect your liberties!