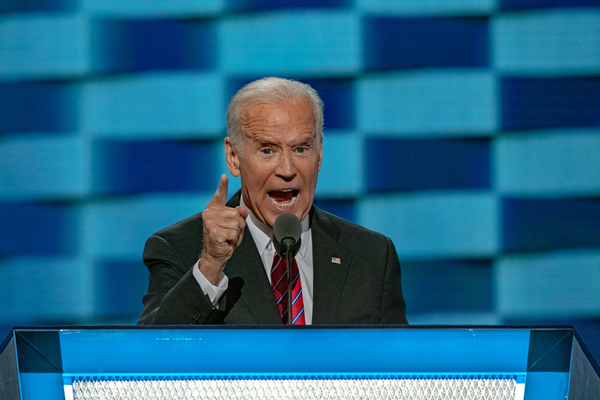 The Biden Administration still refuses to accept the fact that abortion is now a state-by-state issue and that the federal has no role to play in supporting it.

Thursday, the President of the United States announced to a crowd in Europe his desire to codify Roe. v. Wade. He explained that a national “right” to murder the unborn was so important to him that he would support dropping Senate filibuster rules if they interfere with codifying the now-defunct court case into law.

CNN reported the President’s remarks: “I believe we have to codify Roe v. Wade in the law,” he said. "And the way to do that is to make sure the Congress votes to do that. And if the filibuster gets in the way, it's like voting rights -- it should be (that) we provide an exception to this ... requiring an exception to the filibuster for this action to deal with the Supreme Court decision.”

Although not a part of the Constitution, the filibuster, which enables Senators to draw out debate on legislation to prevent its passage, has a long history in the Senate going back to its earliest days.

60 votes are required to invoke cloture (break a filibuster). This means that while Democrats have a slim majority in the Senate, they wouldn’t have enough to break the filibuster.

Elected officials on both sides of the aisle (including former President Donald Trump and President Joe Biden) have touted the possibility of eliminating the filibuster when it gets in the way of their agendas. Thankfully, Democrats Joe Manchin and Kristen Sinema both indicated they would not support Biden’s attempts to ignore the filibuster, which effectively put an end to his plans.

Nonetheless, it’s scary to see how far the federal government is willing to go to get what it wants - even if that means arbitrarily breaking well-established rules or pursuing legislation the Supreme Court deemed outside of the national government’s purview.

It’s also worth noting that with only a slightly rearranged political makeup of the Senate, Biden’s proposal for codifying Roe could become reality.

Clearly, Washington D.C. is corrupt and unfortunately, both parties are complicit in the corruption. We can not trust this important issue in the hands of our elected officials. It’s time for We the People to take charge.

Using the Founders’ gift of Convention of States, we can limit the power and jurisdiction of the federal government and finally crack down on D.C.'s corruption.

To participate in this historic movement, sign your name below and get involved!