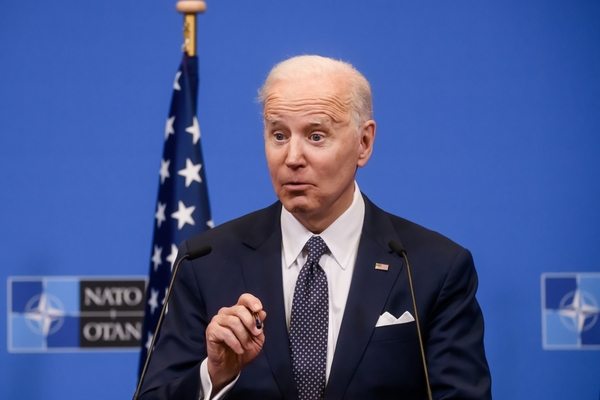 This sounds like a conspiracy theory, but unfortunately, it’s real.

Last week, the Biden Administration indicated that families who can’t afford to pay record-high gas prices must continue to do so for “the future of the liberal world order.”

During an interview with CNN, Brian Deese, Biden’s Director of the National Economic Council, was asked “what do you say to those families that say, 'listen, we can't afford to pay $4.85 a gallon for months, if not years?”

“Well, what you heard from the President today was a clear articulation of the stakes,” answered Deese. “This is about the future of the liberal world order, and we have to stand firm.”

Deese was slammed for the response which was criticized for being insensitive toward everyday Americans suffering under Biden’s skyrocketing gas prices. Additionally, his mention of a “liberal world order” was unsettling, to say the least.

“As soon as a government starts using phrases like “liberal world order” openly, that government is NOT a constitutional republic,” tweeted Dr. Drew Montez Clark, a Congressional candidate.

Catalina Lauf, another candidate running for Congress, commented that “Americans should not be expected to pay another dime to the “liberal world order.” Enough is enough.”

A poll from Convention of States Action and the Trafalgar group revealed that a majority of American voters “believe the Biden Administration is intentionally letting gas prices rise to make Americans use less fossil fuels.”

Mark Meckler noted that the “hard-to-fathom, surreal idea that Washington, DC is working against the American people explains why Biden’s poll numbers are in the tank.”

It’s obvious that the federal government is indifferent to the struggles of middle America, more interested in securing its “world order” than offering sustainable solutions to climbing gas prices. Polling shows that a vast majority of Americans - Republican and Democrat - are deeply concerned about the cost of gasoline; clearly, Biden has his priorities wrong.

This is exactly why we need a Convention of States. Using Article V we can bring power back to the states, and keep our elected officials accountable to the wants and needs of We the People.

Join the Convention of States movement today and sign the petition below!