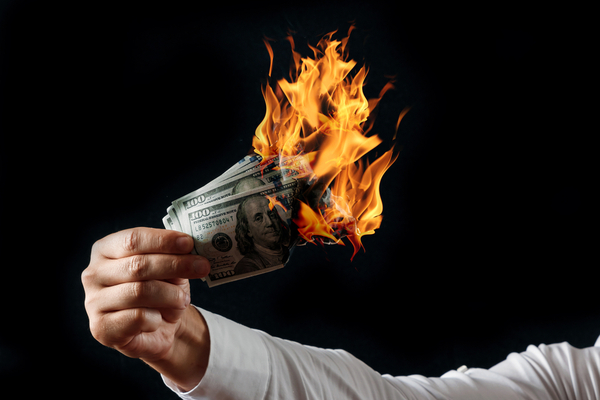 Joe Biden tried to dismiss one of Convention of States’ main objectives on Tuesday: trying to get the federal government’s reckless spending under control.

But in reality, his remarks proved our mission is rightfully justified.

At the AFL-CIO union convention, Biden defended absurd amounts of government spending because it’s supposedly helping people – except we’re all experiencing inflation at an all time high while waiting on the edge of our seats for a recession to begin.

The national debt has surpassed $30 trillion and truthfully, not one person is capable of actually understanding that amount of money. At least writing the number out gets the point across a bit better – that’s $30,000,000,000,000

The one thing Biden got right is that he actually is changing people’s lives – just not for the better.

We’re all having to change the way we live, shop, eat and play to adjust to a more expensive world around us. Our spending habits are undeniably changing, because that’s what happens when things get more costly – personal budgeting comes into play.

However, that’s not the case with politicians in the federal government. They’re not changing their spending habits on behalf of the government to adjust to the inflation they caused. Instead, we send billions of dollars over to Ukraine, because apparently we have money to spare?

Biden reiterated the need for a Convention of States today, because we know he and all the other career politicians will not limit the money they have access to (OUR money, that is).

Article V of the Constitution allows the states to propose amendments to the Constitution at a convention, which would allow budget proposals and fiscal restraints on the federal government to be discussed. This is an urgent step that needs to be taken so that our economy is not doomed for good.

Sign the Convention of States petition to help send a message to Biden that his own reckless spending isn’t in fact a lie, and We the People see it clear as day and are actively doing something about it.