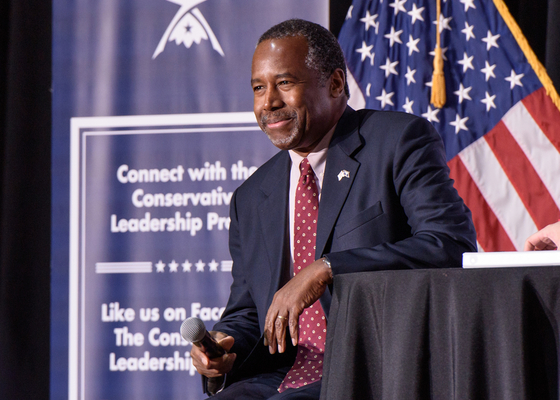 The following article was written by Fred Lucas and published on The Blaze.

Ben Carson wants to see term limits for both members of Congress and for federal judges — including Supreme Court justices.

To achieve this, it would likely take an Article V Convention of States, the retired neurosurgeon said. He told TheBlaze it is something he would continue to talk more about.

An audience member asked about term limits during the town hall. Carson said, “Our system was actually designed for citizen statesmen and not for career politicians.”

“It’s probably going to require an Article V convention,” Carson said during the town hall event. “But it probably will at some point need to be done, not only for our elected members of Congress but also I think for federal judges, Supreme Court justices."

There has been a growing push across ideological lines for term limits on members of the Supreme Court.

“When the Constitution was put in place, the average aged of death was 47. So a lifetime appointment for a federal judge was not as long,” Carson said. “Now that has changed rather substantially and we have not made the adjustments to it. And there has to be some mechanism of oversight.”

Article V of the Constitution allows 34 states to call for a Convention of States to consider specific constitutional amendments. Among the most frequently talked about have been term limits and a balanced budget amendment.