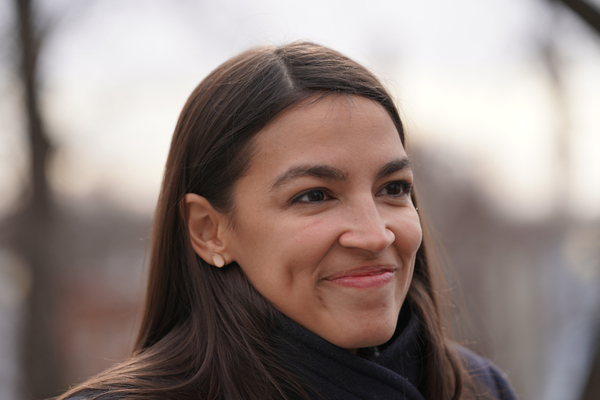 The brainchild of New York congresswoman Alexandria Ocasio-Cortez, the Green New Deal would destroy the American economy in favor of marginal reductions in carbon emissions.

The bill would help the rich and hurt the poor, and cost a family of four tens of thousands of dollars. There's even good reason to believe that the policies are modeled after similar programs imposed by fascist dictators.

Radical leftists aren't hiding the ball on this one. They've admitted that the Green New Deal is more about transforming the American economy into a Communist utopia than preserving the environment.

But that radical leftist agenda may not be limited to the most progressive wing of the Democratic party for long.

Ocasio-Cortez recently claimed that she's close to gaining a Democratic majority in favor of the Green New Deal.

"We've actually been creeping towards getting a majority of the Democratic caucus signed on board," she said in a promotional video for Rep. Ilhan Omar. "A lot of people think that there's only, like, two people on the Green New Deal. Uh, no, there's over a hundred members!"

With the Democrats poised to take control of Congress and the White House in November, it's imperative that we construct a firewall against socialism before the insidious ideology totally engulfs the Democratic party.

How? An Article V Convention of States.

A Convention of States is called and controlled by the states and has the power to propose constitutional amendments. These amendments can stop socialism in its tracks by clearly and effectively limiting the power and jurisdiction of the federal government.

Ocasio-Cortez and her allies won't be able to launch a government takeover of private industry, for example, if the federal government isn't allowed to spend money on anything under state jurisdiction. If federal power is limited to a small, contained set of functions (as the Founders envisioned), socialist policies will be impossible to implement.

Over four million Americans have voiced their support for the Convention of States movement, and 15 states have passed our resolution. You can join the cause by signing the petition below.