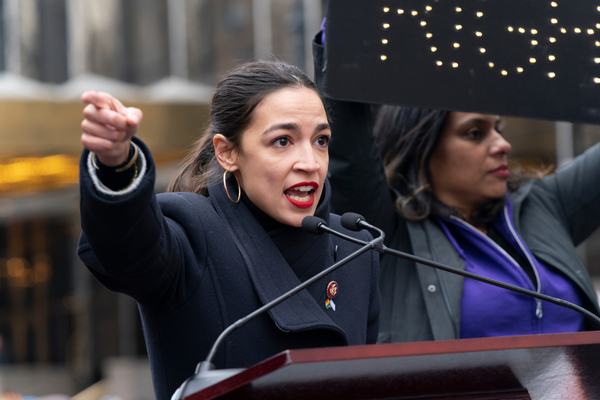 Less than two years in to her first term as a U.S. House Representative, Alexandria Ocasio-Cortez wants a raise.

The freshman congresswoman tweeted last week that because members of Congress have to secure residences in D.C. and in their district, they deserve more taxpayer money for their efforts.

No one wants to be the one to bring up increases, so instead ppl take advantage of insider trading loopholes & don’t close them for the extra cash. 🤷🏽‍♀️

As we reported last week, the net worth of an average member of Congress is more than ten times higher than that of an average American. What's more, their cushy pension program can guarantee them over $100,000 per year for life.

We're sorry, but it doesn't sound like our elected officials are struggling much at all.

That's probably why a majority of Americans believe congressional pay should be cut, not raised. But will Congress ever vote to lower their salaries? If AOC is any indication, they're thinking in the opposite direction.

This is one reason among many that millions of Americans have joined the Convention of States movement. They're fed up with out-of-touch politicians constantly asking for more hard-earned tax dollars, and they've joined a project that can finally do something about it.

An Article V Convention of States is called and controlled by the states. It has the power to propose constitutional amendments that limit the power and jurisdiction of the federal government and force Congress to be fiscally responsible.

These amendments can mandate a balanced budget and cap taxation and spending, limiting how much money our federal politicians can take from us every year.

Want to get involved? Sign the Convention of States Petition below!