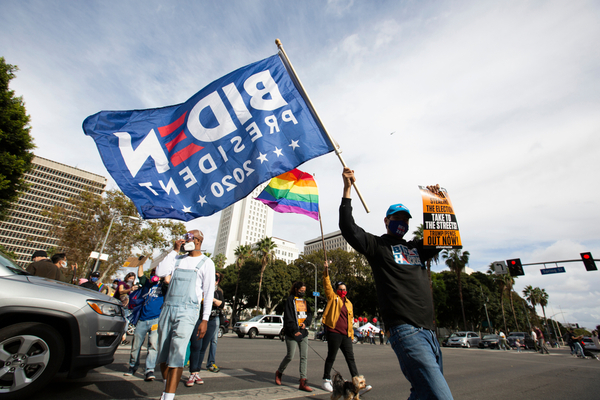 Over 90 federal agencies released plans last week to advance "equity and racial justice" in the government as part of the Biden administration’s "diversity action plan."

Just hours after Biden was inaugurated in January 2021, he pushed "equity" into law through an executive order titled, "Advancing Racial Equity and Support for Underserved Communities Through the Federal Government."

Over a year later and with a Democrat-controlled government, agencies are following through with the White House’s mandate by outlining new rules and procedures in Equity Action Plans. The plans lay out over 300 racial justice strategies to "address systemic barriers" holding underserved communities back from "prosperity, dignity and equality."

The equity push from the White House has nothing to do with equality nor the American people. To discreetly replace "equality," "equity" has become the latest term used by Democrats to confuse society into socialism. The true agenda is to change the government, not to actually address the problems facing impoverished communities today.

Inflation is at the highest level since 1981, the cost of living is driving more people into financial distress, crime is up, and U.S. foreign relations are extremely unstable -- yet our delusional government is focused on transforming the internal operations of the government.

It’s no wonder Biden has the lowest approval ratings of all time.

"The President’s Order emphasized the enormous human costs of systemic racism, persistent poverty, and other disparities, and directed the Federal Government to advance an ambitious whole-of-government equity agenda that matches the scale of the challenges we face as a country and the opportunities we have to build a more perfect union," the White House said.

The goal is for the federal government to be a model of diversity, equity and inclusion for Americans. But does anyone actually think the government is a worthy model of anything these days?

They constantly fail and any solutions create a bigger and more overreaching government.

The government has forgotten that its purpose is to serve the people, and the people inside it need a reminder. That’s why we are calling for a Convention of States to bring the states together to enact term limits, fiscal responsibility and limit the government’s overall power.

The changes needed will never come from inside the government because politicians become distracted with their own personal agendas. Instead, we can make changes from outside the swamp using Article V of the Constitution to call a convention.

Show your support for a Convention of States by signing the petition below.

Silence Dogood, who writes under Ben Franklin's famous pseudonym, is an intern with the Convention of States Project.