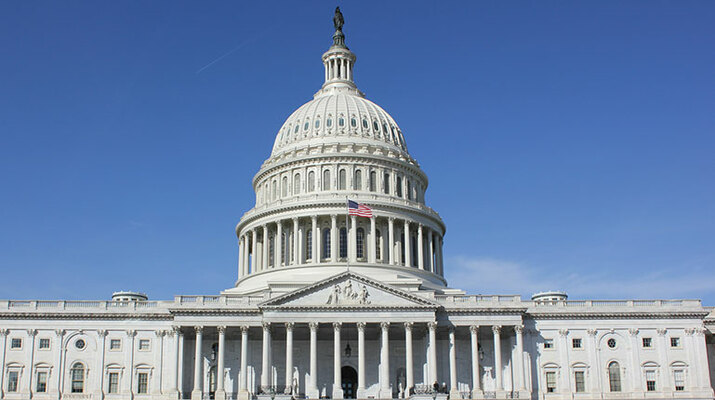 According to the Congressional Record,
Congress has the power to enact the Respect of Marriage Act legislation pursuant to the following in the Constitution:

“Full Faith and Credit shall be given in each State to the public Acts, Records, and judicial Proceedings of every other State. And the Congress may by general Laws prescribe the Manner in which such Acts, Records and Proceedings shall be proved, and the Effect thereof.”

This is likely going to force churches, schools, and other organizations to hire homosexual employees because they cannot be “discriminated against”. So although it is called the Respect of Marriage Act it will likely have more far reaching impact.

Continuing with congress’s supposed authority to regulate marriage in this way, the 5th Amendment is also conscripted into duty.

“No person shall be held to answer for a capital, or otherwise infamous crime, unless on a presentment or indictment of a Grand Jury, except in cases arising in the land or naval forces, or in the Militia, when in actual service in time of War or public danger; nor shall any person be subject for the same offence to be twice put in jeopardy of life or limb; nor shall be compelled in any criminal case to be a witness against himself, nor be deprived of life, liberty, or property, without due process of law; nor shall private property be taken for public use, without just compensation.”

Since this amendment has no sections, yet the bill claims the 5th Amendment Section 5 as providing authority for this bill, I am assuming that the operative clause here is “nor be deprived of life, liberty, or property, without due process of law…”

To accept this “reasoning” we would have to allow that congress has the power to redefine marriage in the first place, then we would have to agree that for thousands of years homosexuals have been denied the liberty to be married even though no one was clamoring for this “right” until about thirty years ago.

“Due process of law” does not necessarily mean a trial, but simply some action on the part of government. That action could be (and would be) found in the act of passing this bill itself. This is known as circular reasoning, but it’s apparently good enough for congress.

“To make all Laws which shall be necessary and proper for carrying into Execution the foregoing Powers, and all other Powers vested by this Constitution in the Government of the United States, or in any Department or Officer thereof.” Where is “gay marriage” found in “the foregoing powers” of Art. I Sec. 8?

This very flimsy rationalization for constitutional support for congress’s projects is not some new trick that legislators have discovered. The courts use this “reasoning” all the time to keep congress happy.

So don’t let anyone tell you that the deceitfully named “Respect for Marriage Act” has robust provisions for protecting the rights of normal people. As soon as the aggrieved sexual minorities discover that you don’t support their behaviors, you will become their target and so will the section of this bill that supposedly protects religious liberty and conscience.

As we see here, the Congress has very little respect for the Constitution and uses flimsy arguments to justify its behavior using the Constitution. What we need is people in office in D.C. whose behavior is limited by some Constitutional amendments.

We’ll keep fighting for you until you join us, then we’ll fight together.