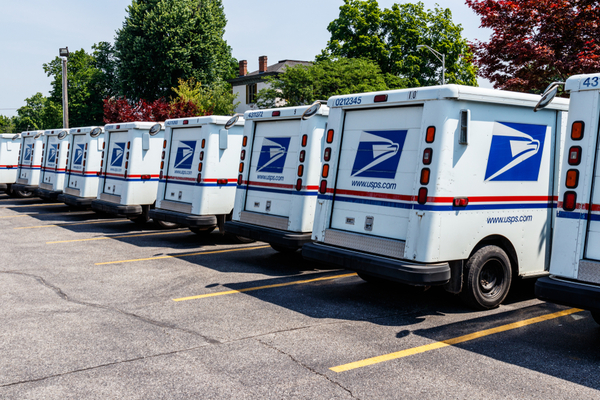 The United States Postal Service is not holding back on purchasing tens of thousands of electric vehicles even as the government-operated service raised the price of several shipping products over the weekend.

This is the third price hike for Forever Stamps in just 17 months. The Post Regulatory Commission approved these price increases in November 2022, raising "First-Class Mail prices approximately 4.2% to offset the rise in inflation," USPS said.

Just one month after its November decision, the USPS announced a commitment to deploy over 66,000 electric vehicles by 2028, making the government-funded business one of the largest electric vehicle fleets in America.

The USPS expects to acquire at least 66,000 battery-electric delivery vehicles as part of its 106,000 vehicle acquisition plan for deliveries between now and 2028. Acquisitions delivered in 2026 through 2028 are expected to be 100% electric, a massive and unnecessary expense forced onto taxpayers.

“Today’s announcement is enabled by the Postal Service’s overall network modernization efforts which allows for a more rapid deployment of EVs, and its improving financial condition which includes $3 billion in congressional funding appropriated under the Inflation Reduction Act (IRA)," USPS wrote in a press release.

The ability to purchase $9.6 billion worth of electric vehicles – at the expense of taxpayers – is the result of a fractured government. About $3 billion will come from the Inflation Reduction Act, which did absolutely nothing in addressing the nation’s economic instability.

As the postal service transitions to brand-new electric vehicles, officials say they will continue to explore the feasibility of achieving 100% electrification for the entire delivery vehicle fleet.

This is typical government affairs – raising costs on Americans while simultaneously spending imaginary money like there's no tomorrow.

Americans are struggling to keep up with the rising living costs. The federal government is being forced to take "extraordinary" measures to remain below the $31 trillion debt limit. We face a stark economic reality because of a bloated government that forgot to think about the people it represents.

By calling a Convention of States, the federal government's spending sprees can be stopped through a balanced budget requirement. The people are tired of illogical, reckless spending that does nothing but indebt  America to foreign nations.

Please help us in calling for an Article V Convention of States. Sign the petition below.