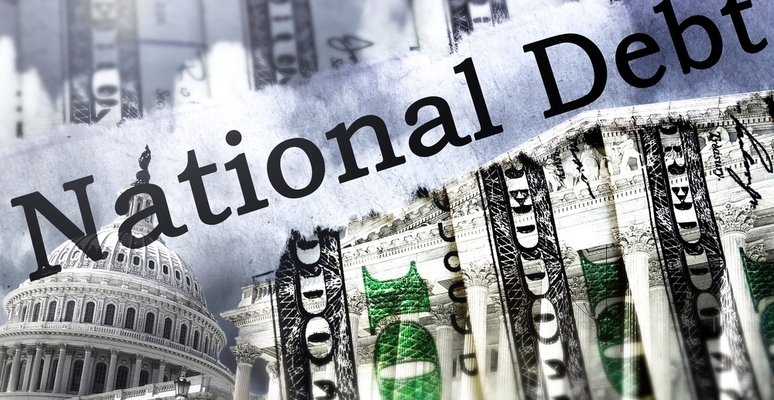 Spending like there's no tomorrow is grand in theory but it's not such a great reality when tomorrow comes around – especially when it's someone else's money.

Unfortunately, the government does exactly that. We face a stark financial reality because of a bloated government that forgot to think about the people it works for every day.

The $31 trillion debt limit is causing quite a commotion on Capitol Hill because Republicans are not inclined to raise the ceiling.

"The debate over our debt ceiling is the perfect example of Washington elites refusing to prioritize your best interests," said U.S. Sen. Rick Scott (R-Fla). "We can't keep rubber-stamping reckless spending. I'm fighting every day to stop it."

U.S. Secretary of the Treasury Janet L. Yellen notified congressional leaders in a letter Thursday that the agency has begun taking “extraordinary measures” as the federal government draws near its debt limit.

While they panic over this year's ability to spend, just remember that the federal government spent $4 billion per day in 2022, which is more than $10,000 per household. Before Covid, deficits were under $1 trillion. Now the overall deficit is about $1.4 trillion, according to the Congressional Budget Office.

The "extraordinary" problem at hand is that the government could be barred from spending. That's the 'scary' problem that has D.C. worked up.

Washington never seems to look at the past or the future. They live only for their immediate actions, not the consequences. Take the $1.7 trillion omnibus spending bill or the $740 billion Inflation Reduction Act, for example. These pork-barrel spending packages were only passed because of careless crooks who put their own interests over their fellow Americans.

Yellen sparked fear of a "global financial crisis" on Friday if Congress fails to permit a debt limit increase. She warned of hikes to borrowing rates and a recession.

"Failure to make payments that are due, whether it’s the bondholders or to Social Security recipients or to our military, would undoubtedly cause a recession in the US economy and could cause a global financial crisis," Yellen said.

She even added that the U.S. dollar would be undermined. However, We the People knew our elected officials were undermining the dollar a long time ago. The government is most concerned about getting their allowances so they can keep their agendas alive.

Every time our leaders are inconvenienced by some legitimate barrier, they negotiate their way out. These politicans act like spoiled children who were never told no.

Spending like there's no tomorrow is not going to be an option after a Convention of States. By calling for an Article V convention, the people can send a clear message to Washington that excessive spending is not sustainble nor negotiable.

Don't forget to sign the petition below to show your support.