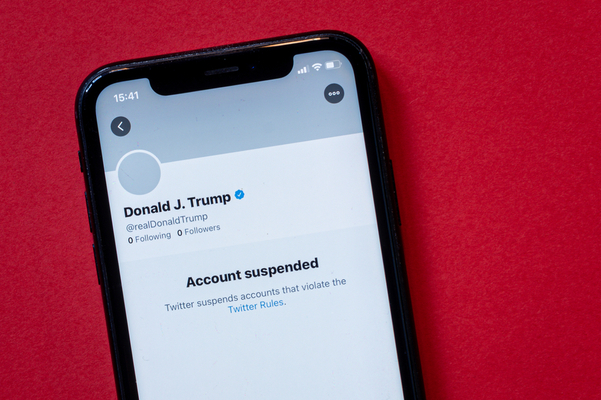 Since Elon Musk bought Twitter last month, the social media company has fallen into disarray – but out of the ashes, the world’s richest man hopes to rebuild the platform into a public square that values freedom of speech for people of all opinions.

Formerly known for its political censorship, Twitter has already begun restoring the accounts of users banned under former management. Most notably, the former president Donald Trump’s account was reinstated, although Trump himself has repeatedly shrugged off the possibility that he will return, preferring instead his alternative social media platform, Truth Social.

On January 8, 2021, two days after the Jan. 6 Capitol riot, Twitter announced it had permanently suspended the sitting president’s account. The company admitted he had not explicitly violated their community guidelines, but his tweets allegedly could be interpreted “as encouragement” to commit “violent acts.”

Many pointed out that, even if Trump’s words were construed as a “glorification of violence”, Twitter’s rule of thumb was that it was generally more lenient with what major political figures were permitted to say (other world leaders, such as Ayatollah Ali Khamenei, regularly use Twitter for explicit calls for violence). Trump’s Twitter ban seemed to have more to do with political opportunity for his opponents than any real fear that he might incite violence.

The former president was not, however, the only victim of Twitter’s crackdown on free speech. Popular psychologist Jordan Peterson was banned for “misgendering” Elliot Page, a biological woman who formerly identified as Ellen. The satire site Babylon Bee was also suspended for running afoul of the pre-Musk Twitter police.

“We received a notice from Twitter last night informing us that we've been locked out of our account for engaging in "hateful conduct," CEO Seth Dillon wrote. “Our crime? We jokingly selected Rachel Levine - a prominent transgender government official - as our pick for "Man of the Year." (This was our satirical response to Levine's being named one of the top women of the year by USA Today. Yes, that actually happened.)”

In addition to Trump, Doctor Peterson, and The Babylon Bee, the founder of Project Veritas, James O’Keefe was also barred from the site after he recorded and posted defamatory videos of a CNN employee.

All of these offenders (plus more) have returned to Twitter since Musk took over (although Trump shows no signs of using his newly-reinstated account). While many worry that the platform will devolve into a disorderly “wild west”, the company’s new CEO has already done more to crack down on child exploitation than past employees had, proving that social media can still abide by rules and regulations without silencing political dissidence or suppressing free speech.

Especially at a time when the federal government has openly colluded with Big Tech to stamp out “controversial” opinions, it is more important than ever that at least one major social media platform is still willing to host free and open political debate.

After all, as Musk himself has said, “I hope that even my worst critics remain on Twitter, because that is what free speech means.”

Here at Convention of States Action, we do not believe Joe Biden or anyone else in Washington should be pressuring private companies and Big Tech to silence you or your fellow Americans. To join us in our historic fight to rein in the federal government, sign the Convention of States petition below!