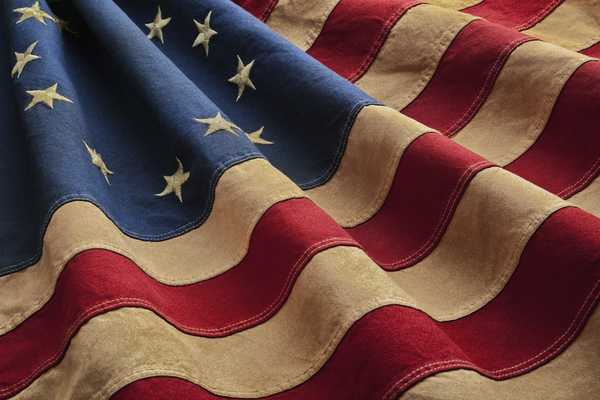 The following was written by Convention of States Action President Mark Meckler and originally published on his Patheos blog.

There were thirteen original colonies, and I’m ready to see Iowa become the thirteenth state to pass a Convention of States.

Recently I had the honor of sitting down with the great Mark Levin to discuss what’s happening in this state, including some details about the on-the-ground opposition:

MECKLER: I’m really excited.  Iowa has a two year session.  We passed the House last year.  (The House has actually done it two years in a row.)  We’re on the verge of passing in the Senate.  That would make Iowa the thirteenth state.  It’s really exciting to get to thirteen states.  But there is some opposition rising up in Iowa right now.

MECKLER: You know what’s really interesting?  It’s one of these groups that calls themselves conservative.  They’re called the Iowa Faith and Freedom Coalition.

LEVIN: Let’s just stop here. Look how they steal the language. The ‘Iowa Faith and Freedom Coalition’ that’s opposed to the Constitution.

MECKLER: Yes, unbelievably, these guys are registered lobbyists.  I’m a registered lobbyist, there’s nothing wrong with that.  But they are lobbying against Convention of States and their fellow lobbyists registered against us — Common Cause, the ACLJU, the AFLCIO — basically every leftist organization now aligns side-by-side with the Iowa Faith and Freedom Coalition.

LEVIN: Well, who’s behind the Iowa Faith and Freedom Coalition?

MECKLER: Again, these are people who claim to be good conservatives.  They do fight on the conservative side on other issues, but in this case they’ve lost their way.  They’re sending out these horrible, dishonest emails slandering the movement, repeating the lies of the left.  It’s really frustrating to watch.

LEVIN: And the lies are what?  That we’ll lose our Constitution?

MECKLER: You know, the lies are the same leftist deceptions that have been issued since the 1970s.

I  then go on to describe their contention.  They erroneously believe our Constitution was illegally adopted as the result of a “runaway convention.”   Constitutional attorney Michael Farris obliterates that objection here.  He writes:

The claim that the delegates disobeyed their instructions is based on the idea that Congress called the Constitutional Convention. Proponents of this view assert that Congress limited the delegates to amending the Articles of Confederation. A review of legislative history clearly reveals the error of this claim. The Annapolis Convention, not Congress, provided the political impetus for calling the Constitutional Convention. The delegates from the 5 states participating at Annapolis concluded that a broader convention was needed to address the nation’s concerns. They named the time and date (Philadelphia; second Monday in May). The Annapolis delegates said they were going to work to “procure the concurrence of the other States in the appointment of Commissioners.” The goal of the upcoming convention was “to render the constitution of the Federal Government adequate for the exigencies of the Union.” What role was Congress to play in calling the Convention? None. The Annapolis delegates sent copies of their resolution to Congress solely “from motives of respect.”

Really, you should read the whole thing since it keeps coming up repeatedly by very confused conservatives and radical leftists.  Levin, aghast at the contention, said, “Mark, it’s not even possible.  Forget the history lesson, because they’re not interested.”

“They claim to love the Constitution, everything but Article V,” I explained.  (I posted our entire interview below.  It’s worth a listen just to hear the righteous indignation in Levin’s voice.)

“Isn’t this just federalism?” he asked.

“The ultimate act of federalism,” I said.  “It’s the states reining in the federal government.”

“I think this is where the rubber meets the road,” Levin said.  And I agree.

Those who claim to be constitutionalists while contending that the Constitution was illegally adopted are undermining themselves. It is like saying George Washington was a great American hero, but he was also a British spy.

Exactly.  Conservatives who are opposing the Convention of States Project should look to their side and realize exactly with whom they are allying and recognize the message they are sending.

There were thirteen original colonies, and I’m ready to see Iowa become the thirteenth state to passes a Convention of States.

Listen to my interview with Levin below: