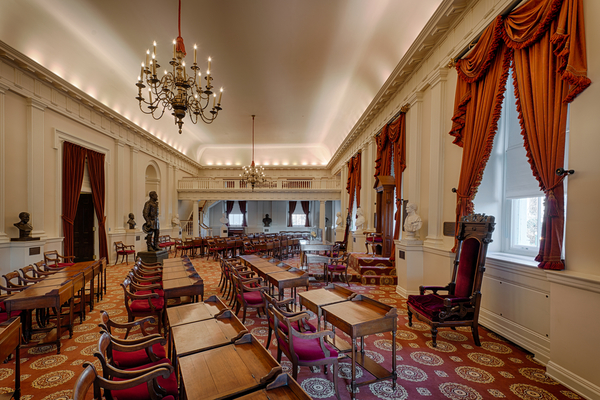 On November 20, 1788, the state of Virginia formally submitted the very first application for a Convention of States under Article V of the new United States Constitution.

During the Philadelphia Convention of 1787 and in the ensuing years at the ratification debates there was strong argument made for including a “Bill of Rights” within the Constitution.

During the Convention, the delegates were mostly set against the inclusion of a bill of rights in the new Constitution, defeating efforts by George Mason and Elbridge Gerry to consider one. James Madison eventually became one who would promise that once the new government stood up, the Congress would introduce amendments under its own Article V amendment proposing power.

Today, when an elected official makes a “promise” our first inclination is to laugh. But Madison, like the majority of the framers, was a man of integrity and would make good on his promise. Madison was elected to House of Representatives in that very first Congress and actually attempted to introduce amendments for a Bill of Rights almost immediately in early May, but was thwarted in his first two attempts. Eventually he succeeded in getting his concepts for 12 amendments introduced in early June.

At the same time, Virginia was not a state to sit back and wait. On November 20th, 1788, Virginia was the very first state to exercise its new power to “apply” to Congress under the second mode in Article V for a state-led amending convention to propose a Bill of Rights in what would amount to an end run around the United States Congress. The requirement of 2/3rds of the states applying under Article V was never achieved because, unlike today’s congress that “refuses its consent” (to borrow the words of George Mason), the 1st Congress went to work on Madison’s amendment proposals and ended up passing them out of the Congress with the required 2/3rds vote and sent out to the states for ratification on September 25th, 1789.

It is very instructive to note the language used by the state of Virginia in this very first Article V application. Today, many who oppose a Convention of States disparagingly refer to the phrase “Convention of States” as a modern invention in order to avoid using “Constitutional Convention.” But as I have stated before, scholarship matters when dealing with matters of grave historical importance and grave national consequences.

Below is an excerpt from that very first application for a Convention of States under Article V:

“The anxiety with which our countrymen press for the accomplishment of this important end, will admit of delay. The slow forms of congressional discussion and recommendation, if, indeed, they should ever agree to any change, would, we fear, be less certain of success. Happily for their wishes, the Constitution hath presented an alternative, by admitting the submission to a convention of the states. To this, therefore, we resort, as the source from whence they are to derive relief from their present apprehensions.”

Interestingly enough, there have been over 400 applications for a convention of the states under Article V and the states have never achieved the 2/3rds requirement. There has never been aggregation of purpose from the required 2/3rds states. That is, there has never been agreement from the requisite number of states for the purpose of the convention.

This brings us to the historic effort by the Convention of States Project. Never before in our nation’s history has there been a coordinated effort nationwide to legislatively “choreograph” identical resolutions for state applications under Article V of the United States Constitution. Today, the two-thirds requirement equals 34 states.

The Convention of States Project has passed our model resolution in 15 states so far.

The road ahead is difficult, but we and the thousands of volunteers and supporters nationwide are up to the challenge. We find ourselves in a war of information over those that would put forward historical fallacies about the Philadelphia Convention being a “runaway convention.”