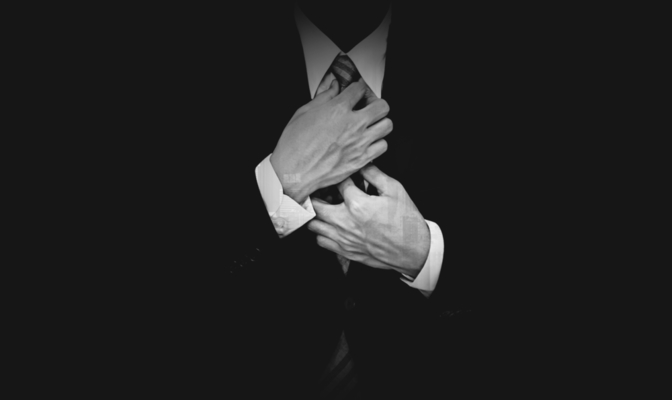 It sounds like something out of Hollywood, but the facts speak for themselves.

A new report from the Capital Research Center has uncovered a troubling connection between mob-tainted money and the organizations opposing the Convention of States Project.

According to the report, a big Democratic donor named Adam Levin has been the primary backer behind Common Cause's push to discredit the Article V movement. (We've highlighted Common Cause's tactics several times, including here.)

Levin controls his parents' foundation, Philip and Janice Levin Foundation, which has more than $25 million in assets. Philip Levin was well known as a “wise guy” in mafia circles. He was closely tied to New Jersey mobster Sidney Korshak and the Genovese crime family.

"Allegedly thanks to his mafia connections, Philip Levin’s real estate business experienced a meteoric rise, and Levin made hundreds of millions of dollars on numerous business ventures closely tied to the mob and money laundering, including casinos, race tracks, hotels, and real estate," the report notes.

Now, thanks to his father's mob money, Adam Levin has taken it upon himself to crush the Convention of States Project:

In May 2016, after accepting two $40,000 grants from the Levin Foundation, Common Cause published the report “The Dangerous Path: Big Money’s Plan to Shred the Constitution.” The report focused on the Article V constitutional convention movement, a rapidly growing movement in conservative and libertarian circles that advocates for states to call a second constitutional convention under Article V of the Constitution. By doing so, advocates hope to pass constitutional amendments, such as a balanced budget amendment requiring Congress to balance the budget every year or more extensive amendments aimed at reforming and limiting runaway spending on entitlement and welfare programs.

The Common Cause report calls the movement dangerous and ill-advised, even claiming it is a ploy by corporate interests to rewrite the Constitution to serve their interests. The report’s acknowledgements credit the Levin Foundation as a major source of funding and impetus for the report. This strongly suggests that the Levin Foundation took a unique interest in discrediting the Article V movement. While no one currently associated with the foundation has any known active mob affiliations, the Levin foundation’s roots in organized crime make it unsurprising that they hired what is essentially a “political hit squad” to do the job.

As left-wing political hit squads go, Common Cause is among the best. The group has a long history of carrying out “political lynchings” on conservative organizations and leaders by making wild accusations of unethical behavior and corruption. Common Cause is also closely tied to the Center for Media and Democracy (CMD), another left-wing watchdog group where many of Common Cause’s employees had worked previously.

One such employee is Jay Resitenberg, Common Cause’s current deputy communications director, who authored the scathing “big money” report and whose full-time job, according to Common Cause’s website, is specifically to cover and investigate the fledgling Article V movement. Resitenberg has written dozens of other pieces attacking the Article V movement. CMD, Reistenberg’s former employer, has done the same.

PR Watch, a CMD project, has published several articles attacking organizations in the Article V movement, such as the Convention of States project and Citizens for Self-Governance, for receiving funding from wealthy conservative donors. SourceWatch, one of CMD’s pet projects, even has a detailed profile on the Convention of States that criticizes the organization for being “steeped in evangelical Christianity and backed by millions of dollars in dark money.”

This intense fixation on a relatively small movement suggests that a highly influential and wealthy organization is intent on seeing the Article V movement fail. The Levin Foundation is apparently that organization.

The Levin Foundation also provided $50,000 in funding to Media Matters for America, another left-wing watchdog group that targeted the Convention of States project in a lengthy article four months before Common Cause published its report.

The Levin Foundation’s stealthy campaign against the Article V movement has been so effective that it may have even persuaded some conservative organizations. The John Birch Society, which has a history of overzealously attacking fellow conservatives, has a webpage dedicated to stopping a convention of states and has repeatedly criticized the Convention of States project, unaffectionately dubbing it “the Con-Con.”

If the mob and Common Cause don't like what we're doing, we know we're on the right track.

An Article V Convention of States can restore the balance of power between the state and federal governments, shrink the size and scope of the federal government, end the scourge of career politicians, and force Congress to be fiscally responsible.

For any organization that has made its money taking advantage of the centralization of power in Washington, the Article V movement is worth destroying.

But for the American people, it may be our only chance to save our nation from fiscal collapse and preserve liberty for future generations.

If you want to get involved, it's easy! Simply sign the Convention of States Petition below to show your support for the Founders' solution for corruption and abuse of power.