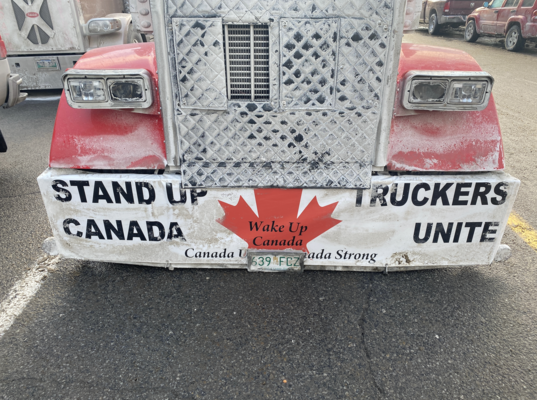 Our neighbors to the north are undergoing a grassroots movement the likes of which hasn't been seen in decades: the Freedom Convoy of Canadian truckers protesting against Canada's COVID restrictions.

What do they want? Medical freedom.

When do they want it? Now.

The Freedom Convoy started at the end of January in western Canada, and the Convoy picked up steam and swelled its ranks as it moved east to the Canadian capitol city of Ottawa (in the Ontario Province).

A report from BBC News revealed that it is not just Canadian truck drivers who want the government COVID restrictions repealed, but that a GoFundMe account where people could support the movement had swelled to over $5 million from over 99,000 freedom-loving donors.

That GoFundMe account was shut down after surpassing $10 million, which effectively overturned the intentions and the will of AT LEAST 100,000 people. But that ability to shut down free-flowing charity abruptly, to instantly overturn the will of 100,000 people with the stroke of a pen, gets at the heart of what is wrong here:

Too few people make too many of our decisions.

There is a name for it when too few people are making too many decisions and it is called "tyranny."

The Canadian truckers are a godsend. With their actions and fortitude, they give humanity hope that freedom will not be lost. There are too many people who love freedom, and the "COVID gods," as Senator Ron Johnson calls them, are starting to get the picture now.

But while what the Canadian truckers are doing is laudable and inspiring and good overall, what is needed now is something less narrow-focused-- something which gets to the very heart of the problem.

As Canadian provinces rescind their COVID restrictions, there is a time to take a "victory lap," but what is also needed is the perspective that this is just one battle in a cold, or a low-intensity, "civil war" on the people.

The next restrictions may deal with climate change, for instance. The restrictions will not stop. Fighting against each individual restriction would be like playing Whack-a-Mole at the amusement park.

Each time a government restriction is defeated, a new one rises up. And did you notice that the prices keep rising? One reason for that is the inflation of the dollar.

When the federal government wants expensive programs and payouts to cronies, but the people don't, then the government resorts to printing the money. Inflation is a form of "undemocratic spending," where bureaucrats just decide by fiat what new payoffs or programs will be funded.

The poor and the working class always take the hardest hit from inflation. Take a look at what this does to the typical blue-collar worker working in a non-supervisory position.

Whereas it used to require about four years worth of wages to buy the median-priced home, because of "undemocratic spending" (inflation) and over-regulation, it now takes twice as much of our earnings: 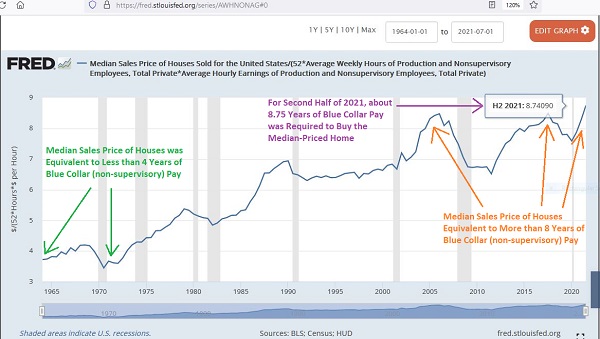 God bless the Canadian truckers for giving hope and inspiration and for showing what a grassroots movement is capable of, but the only solution as big as the problem is a Convention of States for proposing amendments to reverse the growth of federal power and control.