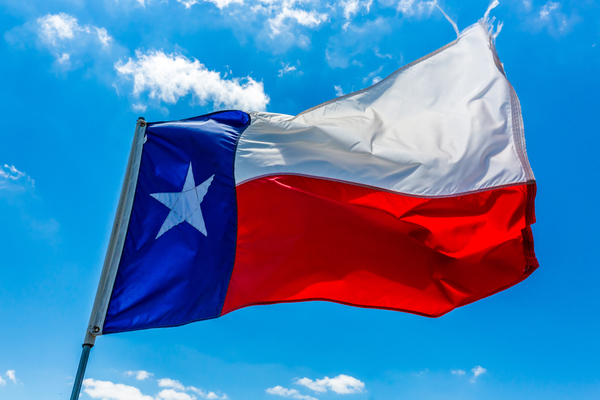 The seven most terrifying words were uttered by Steve Bannon at CPAC this week— “We are here to dismantle the administrative state.”

For a Texan who abhors government overreach, this is where I say, “You had me at hello.”

Those seven words sent an icy chill down the spine of many a legislator on Capitol Hill who has refused to honor his/her campaign promises that include repealing Obamacare, revamping the tax code, eliminating burdensome regulations, etc. It is obvious that federal legislators still do not fear the people, but they should because it will take a more than President Trump to disassemble the federal leviathan that has been amassing power, position, and money for more than half a century.

The People have had enough. We have handed victory after victory to the GOP in the form of historic elections—so that now the GOP controls 67 of the 98 partisan state legislative chambers in the Nation. The National Conference of State Legislatures says this is more than at any other time in the history of the Republican Party and yet, Speaker Ryan cannot even pass the exact same Obamacare repeal bill that he’s passed 41 times in the Congress since 2009. What gives?

The long-term expression of the will of the People is ignored by Washington. The People want their lives, their money and their decision-making back. The question before us is ‘Who Decides?’ The answer is simple – We do!

Draining the swamp is not on Congress’ agenda. Both Speaker Paul Ryan and Senate Majority Leader Mitch McConnell have stated as much: probably because draining the swamp means eliminating the gravy train of power, money, and influence at the federal level.

Bannon explained that dismantling the administrative state would be hard—it will be a fight. That is right, restoring the rule of law and constitutional self-governance will be a fight for the heart and soul of the most industrious, generous and liberty-loving Nation in the history of the world.

The entire country knows the federal government is broken and that DC will never fix itself. This is not hyperbole, but fact. The millions of grassroots supporters behind the Article V movement know that it is the only real way to “fix DC.”

Trump cannot fix DC alone. The gutless GOP are not interested in keeping campaign promises to return power back to the people. Forgotten campaign promises have turned into inaction by a self-neutered Congress that has run out of solutions to get our nation back on track. The Congress cannot properly articulate their plan or vision for working with the new President.

Even ousted Speaker, John Boehner, had to get his digs in against the people by saying, “The GOP will never repeal Obamacare.” Washington has no intention of draining the swamp. And this is exactly why America needs a Convention of States.

It is time that we the People use Article V to fix the structural issues at the federal level to restore the Constitution and the rule of law. The only way that the People can get their power back is by standing together against the do-nothing, lifetime political elites in DC and legally making the necessary changes to put the federal government back into its tiny, defined box. The Constitution gives state legislatures this authority.

As we enter Texas Independence week the intense Senate floor debate on SJR2, the Convention of States resolution will delineate which senators agree with William Travis that Texas will never surrender. Conversely, we will witness which senators are all too eager to wave the white flag of surrender to the federal government.

For the Convention of States Texas grassroots, the words of William Travis resonate after 181 years as we call upon our Texas Senate to come to stand up against the federal government, “I have answered the demand with a cannon shot, and our flag still waves proudly from the walls. I shall never surrender or retreat. Then, I call on you in the name of Liberty, of patriotism and everything dear to the American character, to come to our aid…”

The Senate floor vote on SJR2 will underscore the heroes and put flip-floppers on Front Street. Good information to have in hand after the 85th legislative session ends and re-election season begins.