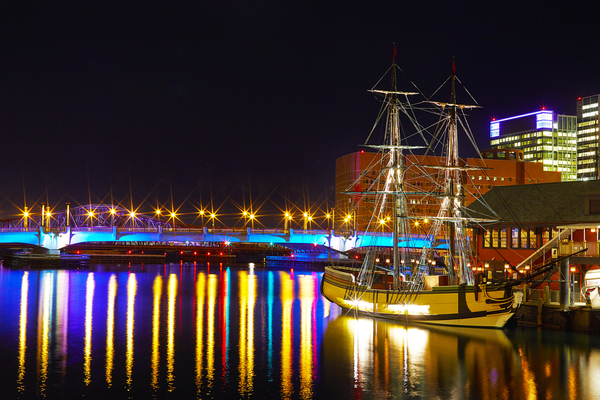 "That to live by one man's will became the cause of all men's misery."--Richard Hooker, 1594

In 1773, Americans dumped what amounted to $1.7 million worth of East India Company tea into Boston Harbor in what is now known as the Boston Tea Party. The common but misguided explanation for their engagement in such destruction of "private" property is that it was a sign of pushback against "taxation without representation."

But the real reason was that the British government had employed favoritism toward the British East India Company and had essentially granted it a monopoly over the tea trade to America. The tea that had been thrown into the harbor was the lowest taxed tea ever, and it was so by design.

The British government, with the Tea Act of 1773 showing favoritism to East India Company over all competitors, was essentially saying to America: "You Americans will, from now on, be doing business with this one company which we, the government, have chosen."

Estimates reveal that tea consumption was so high in America at the time that it represented almost 10% of GDP. The British government was attempting to unilaterally decide who would be making almost 10% of all American income -- who, in particular, would reap the benefits of almost 10% of all economic activity.

When government engaged in favoritism and patronage, and when that favoritism represented a significant share of all economic activity, it infuriated early Americans. In their eyes, the government had no right to be dictating economic outcomes -- to be picking winners and losers like that.

The proper role of government is one of defense as well as contract and law-enforcement, under a Rule of Law -- not helping your friends line their pockets by granting them monopolies and other special privileges (a Rule of Man).

Early Americans knew what the proper role of government was, so they responded to the British government's violation of its proper role when it used protectionist favoritism to help East India Company. They knew, as Richard Hooker wrote in 1594: "That to live by one man's will became the cause of all men's misery."

That quote by Hooker shows that peace and prosperity require that humans live under an impartial Rule of Law, rather than living under the Rule of Man, where government chooses the winners and losers in society.

The pushback of Americans on the unfair and unjust favoritism of the British government toward East India Company led to even more attempts by the British to exert tyrannical control over the American colonies until tensions and frustrations and even physical danger rose to the point where it became preferable to rise up, risking life and limb, in a full-scale Revolutionary War.

COVID-19 and the Boston Tea Party

The government will be unilaterally deciding who will be receiving that money instead of the markets directing funds towards those who best serve their customers. To be fair, a large minority of the money is given out as individual stimulus checks to Americans, but that still leaves the majority (14% of GDP, or more) which will go out as the government "decides."

Critics may counter that the reason for the concentration of economic decision-making -- where the US government unilaterally decides the allocation of 27% of GDP -- is due to a "crisis," but the same was said back in 2008-2009 when the government bailed out Wall Street but not Main Street. Big banks were bailed out while people suffered, because of "crisis."

This focus on top-down solutions also ignores the reality of the potential, bottom-up solutions to crises. It just assumes at the outset that government can "fix it" -- as the time between subsequent "crises" gets shorter and shorter.

"Never let a crisis go to waste" is a familiar motto of bureaucratic tyrants, and behavior by bureaucrats is very often the cause, sometimes indirectly, for those crises to break out in the first place.

But the U.S. Constitution is not something that gets suspended when there is a "crisis."

As economist Friedrich Hayek once said, "Economic control is control over the means for all of our ends." Government now is definitely attempting this kind of control. America is at a crossroads which we've been at before, where the government is attempting to unilaterally decide where a large share of GDP goes.

In the first instance at these crossroads, the Revolutionary War followed within three years of the government's attempts to control economic outcomes with protectionist favoritism. But this time doesn't have to end up like last time.

This time we do not have, as our only recourse, the prospect of a revolutionary war against our own government.

By the phenomenal insight of Colonel George Mason at the Constitutional Convention of 1787, we have in our favor a special tool which can be used to draw down an overbearing federal government: the Article V amendments convention.

In 1787, George Mason said that the people need a way to check the power of an overgrown, obtrusive federal government -- and he proposed that Article V of the U.S. Constitution should contain a provision for amendments proposals to come from We the People, acting through our state legislatures.

Congress could still propose amendments on its own, but so could the people.

The founders unanimously agreed. Their insight gives us a solution to our problem, one of a government which has become tyrannical, secretive, and corrupt. There is no better picture of this cynical, unprincipled opportunism than the domestic events of the past 12 months.

We have, in our power, the safety valve designed to reverse the specific malady we have, right now, as a nation. We must merely have the courage to turn that valve. It's 1774 now, so there is little time to waste.

Let's use that special tool given to us in 1787, to restore America to being a land of opportunity for ourselves and our posterity.

Reference
Estimate of the amount and value of the tea ($1.7 million) thrown into Boston Harbor:
https://www.bostonteapartyship.com/the-destruction-of-the-tea

Estimate that tea tax revenues were 10% of all tax revenues in Britain at the time:
https://www.lib.umn.edu/bell/tradeproducts/tea

Estimate of the government response to COVID-19 (taking up 27% of GDP):
https://www.washingtonpost.com/world/2021/03/10/coronavirus-stimulus-international-comparison/