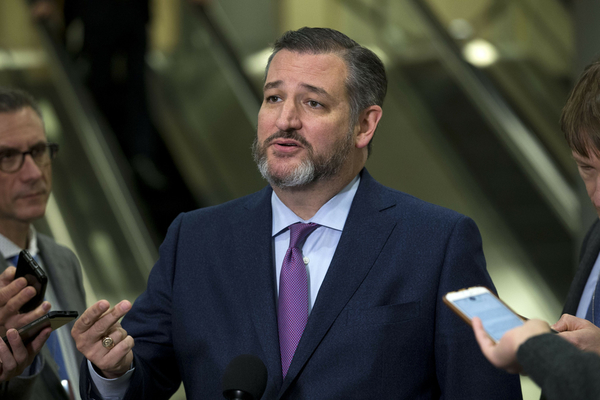 It's become an every-other-year tradition.

In 2017, 2019, and now in 2021, Texas Senator Ted Cruz joins several other lawmakers in introducing a constitutional amendment mandating term limits for members of Congress.

“Every year, Congress spends billions of dollars on giveaways for the well-connected: Washington insiders get taxpayer money and members of Congress get re-elected, all while the system fails the American people,” Cruz said in a statement.

“The rise of political careerism in today’s Congress is a sharp departure from what the Founders intended for our federal governing bodies. I have long called for this solution for the brokenness of Washington, D.C., and I will continue fighting to hold career politicians accountable,” the statement continued.

Cruz is right, of course. Political careerism is one of the greatest plagues in Washington, D.C., and our country would be better if politicians like Rep. Nancy Pelosi, Sen. Chuck Schumer, and President Joe Biden had been forced back into the real world back in 1995 (or, in Biden's case, 1985).

But like so much in Washington, Cruz's proposal is nothing but show. Congress won't term-limit itself. All but the most principled representatives and senators are dead-set on holding onto their offices for as long as they can. They won't give up the money, power, and perks that come with holding federal office, and partisan gridlock means that anything Sen. Cruz proposes is a non-starter with Democrats.

If Cruz was really serious about passing a term limits amendment, he'd look to the people and the states rather than Congress.

A Convention of States is called by the states under Article V of the Constitution. This Convention has the power to propose constitutional amendments, including amendments mandating term limits for federal officials.

A Convention of States is convened when 34 states call for one, and all 50 states attend. Amendments are proposed by a majority of the states at the Convention, but they must be ratified by 38 states after the Convention.

To join the movement that actually has a chance to impose term limits on Congress, sign the petition below!