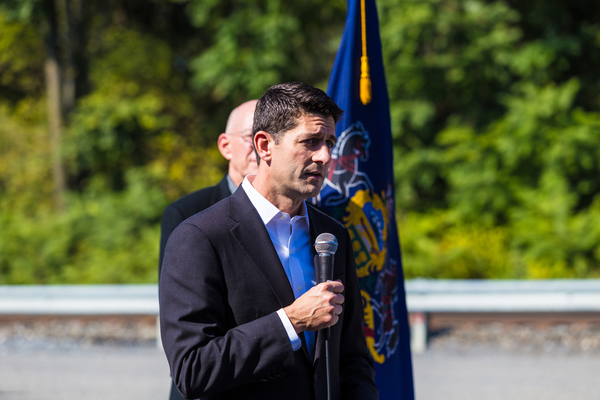 Republicans have railed for seven years against the “budget gimmicks” and lack of transparency they say Democrats used to help pass Obamacare. But now as they start debate on their repeal bill, Republicans say the plan's price tag and estimates of how many people it will cover aren’t really important.

“If you go back to what CBO predicted would be covered on the exchanges today [under the ACA] they’re only off by only a two-to-one ratio,” Energy and Commerce Chairman Greg Walden (R-Ore.) told reporters. CBO said “21 million projected would be covered, but only 10 million people are covered.”

Republicans are going so far asreleasing their own estimates. The Office of Management and Budget, part of the Trump White House, is expected to issue its own estimates of the plan, according to several Republican senators.

Democratic Rep. Frank Pallone (D-N.J.) mused to reporters that the only reason for an OMB estimate is to fudge the numbers for partisan purposes.

“If we start going down that path, now we’re going to say the bipartisan Congressional Budget Office doesn’t know what they’re doing and we’re going to rely on President Trump’s Office of Management and Budget, which is totally political,” Pallone said. “Then we go down that road that, you know, we don’t have bipartisan, neutral scoring anymore, which is very sad.”

Republicans are making clear that they don’t have a ton of confidence in the agency’s estimates but acknowledge CBO scores are still the standard for congressional debates.

“The CBO score was wildly inaccurate [on the ACA] and we knew it was going to be, but those are the rules we have to go by,” said Rep. Phil Roe (R-Tenn.).

Sen. Roger Wicker (R-Miss.) said he has “never been one who worried too much about scores because there are constraints that the bean counters have to operate under that don’t necessarily comport with reality.”

Sick of the dog and pony show in DC? Join the club. Millions have turned their backs on Washington and are working towards an Article V Convention of States, the Founders solution to government overreach.