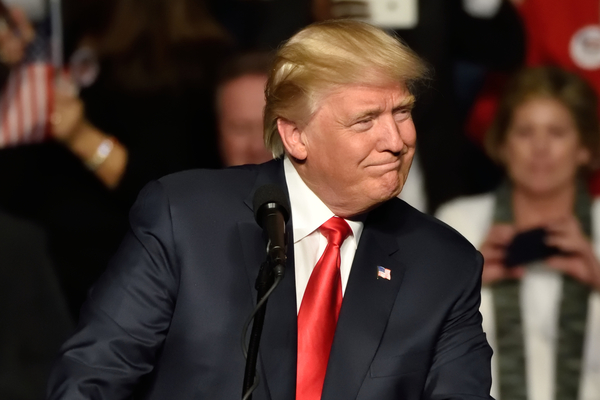 Currently before Congress is President Trump’s $1.1 trillion budget proposal and it ‘s scaring Democrats to death.

That’s because it targets many of the precious programs they say America can’t live without. The Washington Post fears that if enacted, it “would shake the federal government to its core.” Let’s hope it does. We have to drain the federal bureaucracy.

My favorite part of The Post’s reaction was this:

Simply put, government would be smaller and less involved in regulating life in America, with private companies and states playing a much bigger role.

That’s actually good news. The EPA will take a large hit, the National Endowment for the Arts will be completely abolished (finally), and the military and our national security will take a front seat for a change, to the tune of $54 billion.

The “America First: A Budget Blueprint to Make America Great Again,” boasts significant cuts to the over bloated Environmental Protection Agency which stands to lose $2.6 billion. Another area of waste conservatives have targeted with no real success in the past is the National Endowment for the Arts, the entity that helped bring us such riveting contemporary art pieces as “Piss Christ.” Now, the NEA faces complete elimination. In the same boat as the NEA is the Corporation for Public Broadcasting.

That’s left many worried that Sesame Street and other public broadcasting will be no more. But according to The Wrap, that’s simply not true:

Defunding the Corporation for Public Broadcasting is unlikely to cripple either PBS or NPR. NPR received less than 1 percent of its revenue from the CPB, and PBS less than 7 percent, according to data from 2014 reported in the Washington Post.

The CPB has relatively low overhead and paid out 99.3 percent of its $445 million appropriation in 2014 in grants, more than 90 percent of which went not to the national networks but to local affiliates in less populated cities like Lawton, Okla., and Texarkana, Tex.

None of this makes Senate Minority Leader Chuck Schumer too happy. He prefers big government:

“Once again the Trump administration is showing its true colors: talk like a populist but govern like a special interests zealot. The very programs that most help the middle class are those that get clobbered the hardest: investments in infrastructure, education, scientific research that leads to cures for diseases all take big hits.”

I love to watch them squirm.

The bottom line is, we will be okay. The federal behemoth has gone unchecked for far too long. The president is only making good on his campaign promises. That’s why he was voted in and he’s delivering. Making America great again starts with making Washington small again.

Kudos to Trump for taking a bold step in that direction, but this budget does nothing to deal with entitlements or the deficit.  There are serious structural issues with the gigantic entitlement programs that make them unsustainable, even according to the CBO and the GAO.  Those must be dealt with.  While there is much to celebrate here, and we should celebrate the good things taking place on the level of policy changes that are decades overdue, we must not overlook the fact that this budget is still financially unsustainable and structurally unsound.

It’s a day one of a “proposed” diet.   Proposing a diet doesn’t help one to lose weight.  Now it’s up to Congress to actually start the diet.

Let’s hope Congress sticks to it, and begins the necessary lifestyle changes that will allow our country to live a long and healthy life.

If they don't, the people and the states can still force them to be fiscally responsible with an Article V Convention of States. Click here to learn more.