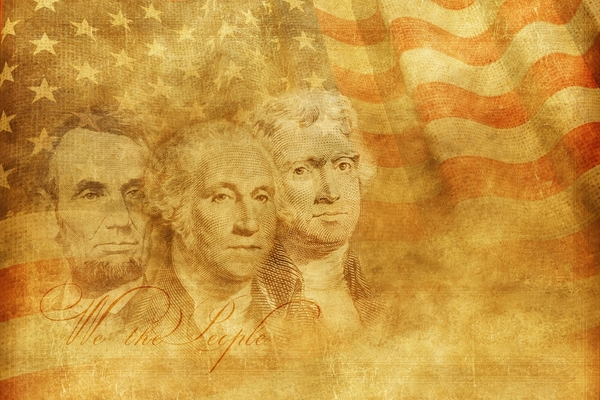 Our Constitution is just as relevant today as when it was ratified. The principles are timeless and applicable to any nation who values individual liberty. The best way to revive America’s greatness is by returning to these first principles.

The Declaration of Independence stated that humankind’s unalienable rights--endowed by our Creator--include life, liberty, and the pursuit of happiness. The Constitution codifies protections against government infringement of individual rights, liberty, and property.

These individual rights included freedom of religion, freedom of speech, freedom of the press, the right to keep and bear arms, the rights to privacy against unreasonable searches and seizures, due process rights, property rights, and minimal regulatory authority of commerce.

Government Derives its Power from the Consent of the Governed

John Locke was instrumental in developing social contract theory, which is the basis for our Constitution. The Founders viewed the Constitution as a contract with “We the People.” The federal government was created by the people and for the people to establish and maintain a civil society and is granted powers by the people to do that.

The Constitution established several republican safeguards to prevent a monarchial system (the oligarchy or autocracy of their time, which they fought for independence from) or the populist (mob) rule of a true democracy (which they wisely viewed as tyranny of the majority).

These safeguards included geographically distributed representation, the electoral college system of electing the President, and state legislature selection of U.S. Senators (eliminated by the 17th Amendment).

The Founders intertwined republicanism with limits to centralized power, as well as the sharing of power with the states (federalism). In fact, our governing system is better described as a constitutional federal republic.

This principle underscores that the federal government was formed for performing specific functions and duties. Article 1 Sect. 8 of the Constitution lists the enumerated powers of Congress, Article II, Sect. 2 lists Executive branch powers, and Article III, Sect. 2 lists powers of the Judicial branch.

The limit to federal powers and enumeration of powers intended by the Founders have been grossly abused and expanded by subsequent generations, especially during, but not limited to, the Progressive era.

These powers, as originally intended, should only be expanded or diminished by amendments, and even then should adhere to our founding constitutional principles.

Separation of Powers and Checks and Balances

The Enlightenment philosopher Montisquieu articulated the principle that concentrating power in any single branch of government leads to tyranny.

Articles I, II, and III of the Constitution creates three branches of government with independent powers and responsibilities--legislative, executive, and judicial--to prevent concentration of power.

Several checks and balances were implemented, including legislative bicameralism, the President's veto power, Congress’s impeachment power, and power of the purse.

A bicameral legislature (with equal Senate representation and proportional House representation) was heavily deliberated and carefully constructed by the Framers at the Constitutional Convention in 1787. As spelled out in Article I of the Constitution, the House of Representatives--with its shorter terms, frequent elections, and more geographically distributed electoral districts--is more accountable to the people.

The Senate, with its longer terms, was intended to be a more deliberative body looking out for the states' interests, not subject to the whims of a given election cycle. The Senate was established with equal state representation regardless of population, which favored small states, while the House was established with proportional representation, favoring more populous states.

Federalism and the Balance of Power

Power is shared between the federal and state governments. This is emphasized in the 10th Amendment but is also a strong principle incorporated throughout the Constitution, especially in Article V, giving state legislatures ultimate authority to amend the Constitution.

The Constitution itself was created and ratified by the states. In Federalist 45, James Madison suggests that the state governments are closer to the people and can focus on their welfare, regulating ordinary affairs and manage the internal order of each state, and should have numerous undefined powers to do so.

Madison also states that the national government will ensure national security, protect the people’s liberty, maintain peace between the states, and manage foreign commerce and should have clear, few, defined powers to do so.

Perhaps the greatest downfall of the Articles of Confederation was the inability of the government to deal with national fiscal problems. Under the Articles, there was practically no way to finance a military, a limited ability to obtain federal revenue, an inability to establish currency standards, and an inability to pay national debts, which greatly diminished U.S. international credit.

Furthermore, our country was forged from the concept of “no taxation without representation,” which underscored the necessity that the federal government was to use its tax revenue in service to its citizenry.

To hold the federal government accountable fiscally, the Constitution includes the Origination Clause (Article 1, Sect 7, Clause 1), stating that revenue bills could only originate in the House of Representatives--the chamber that is most accountable to the people and better represents more populous states that foot a larger percentage of the tax bill.

The Constitution also provides careful rules in Article 1 Sect. 8 about how fiscal matters are to be handled (Uniformity Clause, Borrowing Clause, Commerce Clause).

Government Exists to Serve the People

The Founders wisely promoted the principle that government exists to serve the people, not rule the people. A service mindset by elected officials has largely been replaced by a quest for political power, financial gain, and perks (such as generous pensions, free healthcare, and expensing living costs).

A lot of corruption can happen by bribing entrenched officials with lobbyist kickbacks. At the 1787 Constitutional Convention, Benjamin Franklin proposed that members of Congress not receive any salary, so as to promote the idea of citizen service and to avoid the potential tyranny that results when combining “the love of power and the love of money.”

The Constitution is the Supreme Law of the United States

With Convention of States, we can shine a national spotlight on the brilliance of the Constitution and revive our founding principles.