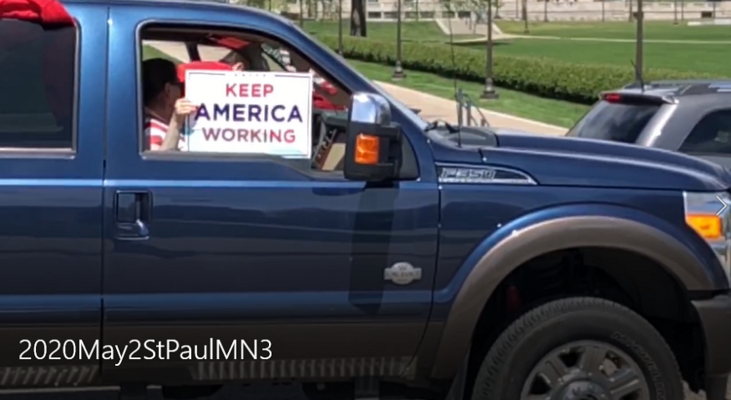 On Saturday, May 2, protestors filled the streets around the Minnesota state capitol to pressure Governor Tim Walz to end the stay-at-home order, which was recently extended to May 18.

Just look at all of the cars and the flags. 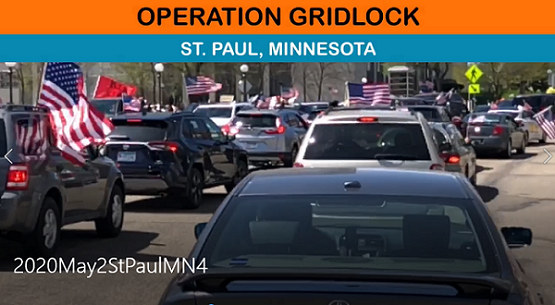 The rally was called Operation Gridlock Minnesota, and it mirrored other rallies which have taken place around the country. The citizens of the country want to get back to work, so that they can support their families going forward.

While common sense rules apply to all outbreaks of disease, it is also possible to go too far in response to a threat. These participants of the rally are concerned and alarmed for a good reason. 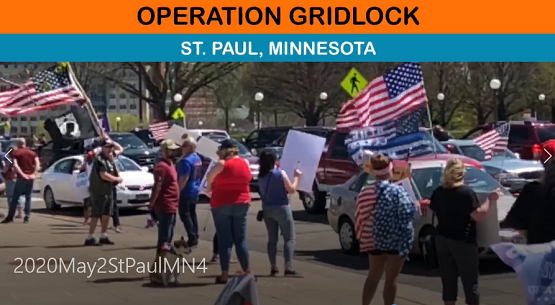 Government officials have been heavy-handed in issuing lockdowns and stay-at-home orders. Their response to the COVID-19 has been both unprecedented and out of proportion to the situation at hand.

Caution is required, because each of the several states is in a different phase of the outbreak. Nowhere is it more clear that state governors are overreaching than in the case of New York. They are now past their peak, and the results are in.

New York saw a peak in hospitalizations on April 12 with 18,825, a number that has been declining ever since. Hospital bed capacity in the state is over 90,000, after Cuomo instructed hospitals to increase the previous 53,000-bed capacity.

Cuomo had stated at the beginning of the pandemic that New York would need 140,000 hospital beds and 30,000 ventilators, per scientific projections that were off target by a wide margin.

Now, if you look at those numbers, you'll notice something odd: a projected peak need of 140,000 hospital beds versus an actual peak need of 18,825 beds.

About 100,000 of those "needed" beds were assumed to be needed for COVID-19 cases only, you can see that the situation was never even one-fifth* as bad as projected.

Projections were simply off by five-fold.

The justification for a lockdown or a stay-at-home order wasn't because it reduces total morbidity, but because it prevents hospitals from being overwhelmed. In other words, it can prevent the excess of deaths you might see by failing to treat some of those who are sick.

But New York hospitals never even came close to being overwhelmed. They always had well over twice as many beds as they ever needed. Because lockdowns cause some harm in themselves, this shows that there was definite overkill with the stay-at-home orders in New York.

There is great harm that comes from shutting down businesses. It is how we put food on our tables. By shutting down economic activity, many state governors have implemented an economic control that is unnecessary.

By relying on fear not backed-up by the evidence, the overreach of state governors has made a quote from Hayek's Road to Serfdom [2] more relevant than ever before:

Let's keep up the pressure on the disproportionate overreach of state governors. Economic activity is vital to life. Let's not lose control of the means for all of our ends.

*New COVID admissions are now less than 900 a day in New York, and hospital beds are emptying faster than that.

Our Mission: To build a strong, engaged army of self-governing, grassroots activists.