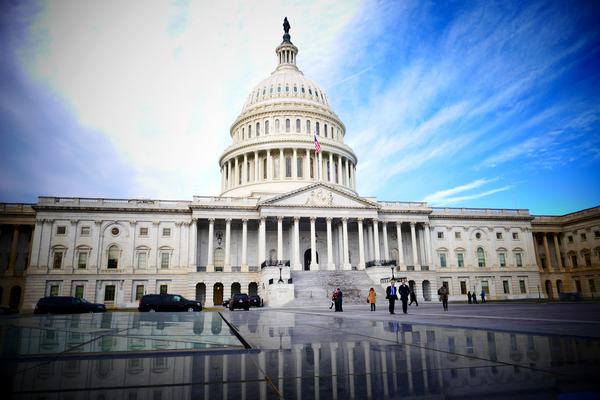 Convinced that Congress is unlikely to cure federal dysfunction, most state legislatures have triggered the Constitution’s most important reform mechanism: They have applied for what the Constitution calls “a convention for proposing amendments.”

Unfortunately, opponents of reform have launched a media disinformation campaign to stop it.

Article V of the Constitution provides that three fourths of the states (now 38 of 50) must ratify an amendment before it becomes effective. Before ratification, however, it must be formally proposed—either by Congress or by a “convention for proposing amendments.” A convention is called when two thirds of state legislatures (34 of 50) adopt overlapping resolutions in favor of one.

The founders inserted the convention procedure so the people, acting through their state legislatures, could propose reforms that Congress would rather block. The founders viewed the procedure as a crucial constitutional right. Without it, the Constitution may not have been adopted.

Opponents’ disinformation campaign is designed to frighten Americans away from using a convention to bypass the Washington power establishment. In some ways, their campaign resembles efforts to suppress voting among targeted groups. It propagates four central assertions—all of them constitutional junk.

Opponents sometimes cite “experts” or “legal scholars” for these claims. These almost always turn out to be people who know little about the subject and have never published any serious research on it.

Also, there is no “mystery” about the nature of the convention: Both founding-era documents and the U.S. Supreme Court inform us that it is a “convention of the states.”

Conventions of states (or, before independence, of colonies) have been a recurrent feature in American life for more than three centuries. When the Constitution was ratified, there already had been at least thirty. Subsequent conventions of states met in 1814, 1850, 1861 (twice), 1889, and several times during the 1920s and 1930s. For example, the 1861 convention of states met in Washington, D.C.  It was national in scope and it proposed a constitutional amendment. But it was not a “constitutional convention,” and neither is any other convention for proposing amendments.

Convention of states protocols provide that the state legislatures determine how commissioners are selected. They provide that the convention adopts its internal procedures and elects its officers. Each state has equal voting power. Congress has no authority over these issues. None.

Deliberations are limited to its prescribed subject matter—a limit virtually all conventions of states have respected. The assertion that the 1787 Constitutional Convention exceeded its authority is also false: It derives from failure to read or understand that body’s governing documents.

After deliberation, a convention of states decides whether to recommend solutions to the assigned problems. For example, in 1889, the Kansas state legislature called a regional convention of states to address anti-competitive business practices. The conclave met, deliberated, and issued several recommendations. One of its recommendations induced Congress to pass the Sherman Anti-Trust Act the following year.

Finally, when its business is performed, the convention adjourns.

The convention of states process is well-honed, safe, and effective. Americans need to consider carefully whether the Constitution should be amended. But they should not allow disinformation to influence their choice.

Rob Natelson is senior fellow in constitutional jurisprudence and heads up the Article V Information Center at the Independence Institute, a free market think tank in Denver. He was previously a constitutional law professor.