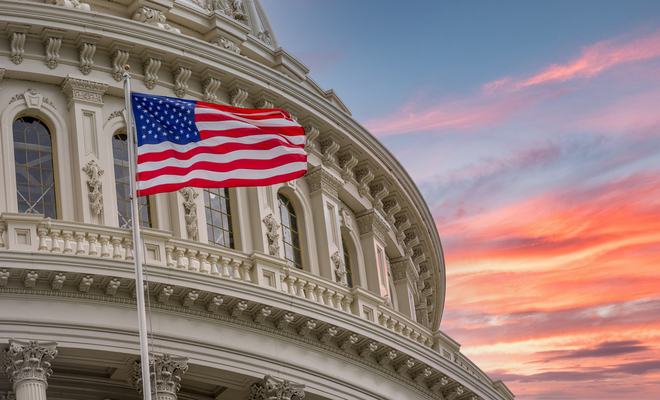 “Hope is the power of being cheerful in circumstances that we know to be desperate,” wrote the famed English philosopher G. K. Chesterton in his essay On Paganism and Mr. Lowes-Dickinson.

“Exactly at the instant when hope ceases to be reasonable,” he posited, “it begins to be useful.”

If ever Americans needed to be reminded of those words, the time is now.

With the war against Western Civilization unmasked and freedom itself under attack, our nation’s circumstances are indeed desperate. But it is at this moment, as Chesterton observed, that hope becomes most potent and essential. And thank God the American people are not hopeless. Intimidated? Perhaps. Disappointed? Almost certainly. But not hopeless.

Even as our Republic approaches a crossroads of tremendous consequence, there is an army of American patriots, invigorated by a defiant, unwavering hope, that stands ready to defend its country.

I know because I’ve spoken to these patriots. Every day, I’m blessed to interact with grassroot leaders – young and old – throughout the country, who are no doubt frustrated at how far America has strayed from its founding principles, but refuse to let that frustration overshadow their deeply held belief in John Quincy Adams’ famous words; “Duty is ours, results are God’s.”

“Being a leader in a conservative organization such as [Convention of States] can sometimes be very discouraging, but ya gotta keep moving the ball down the field,” said COS’ Arkansas State Director, Jacque Martin. “There’s really no other alternative if you love America, your state and your community.”

Another COS leader, Monica Sellers, a regional director within the movement, expressed similar optimism for what her organization will accomplish: “For over 30 years, I have been involved in various efforts to turn our country around. I am more excited about Convention of States than any other solution that I have seen,” she explained. “Convention of States has a well thought out plan that includes a massive grassroots army of citizen activists in all 50 states.”

There are countless other leaders like Martin and Sellers who still have hope for America and are willing to do something about it. These patriots embody C. S. Lewis’s words that hope “does not mean that we are to leave the present world as it is.” Their willingness to stand, fight and give their lives for a cause that they believe in – even when the future looks bleak – is proof that hope still does exist.

And it’s not just the present-day leaders who are changing the world, but the up-and-coming ones as well. Although recent Harvard University polling data reveals that the rising generation is increasingly despondent, there is yet a remnant of young people who have rejected apathy, embracing instead their patriotic duty to preserve this exceptional nation. From life-changing programs such as Patriot Academy to the Emerging Leaders Internship, I’ve met these people, and believe me, their unwavering hope will be the turning point in the fight for our future.

“I have found hope in the fact that God is always with me,” explained Marina, a young Patriot Academy graduate. “I feel so close to him and I am continuing to [find] it true that with God no fear can stand.”

Lanah, another young patriot, said that she finds hope for the future in “[w]atching the grassroots pull through to become a force and voice that the rest of the country and world are able to follow. Seeing that gives me hope for a better tomorrow.”

I see in these patriots of all ages the same spirit that emboldened our ancestors to leave their homes for an unknown world; to declare independence from tyrants; to settle a continent from sea to shining sea; to put a man on the moon; to preserve American liberty no matter the cost.

Americans still love this country. We still love our God. We’re still pioneers. Trailblazers. Entrepreneurs. Patriots. The path to restoring our Republic may be long, but we haven’t lost faith. We still have hope.

So brace yourself; if the past few months have taught us anything it’s that it’s foolish and even irresponsible to not prepare for the worst. Prepare yourself for yet another season of great victories counterpoised by great losses, small successes lost in a relentless cycle of bad news.