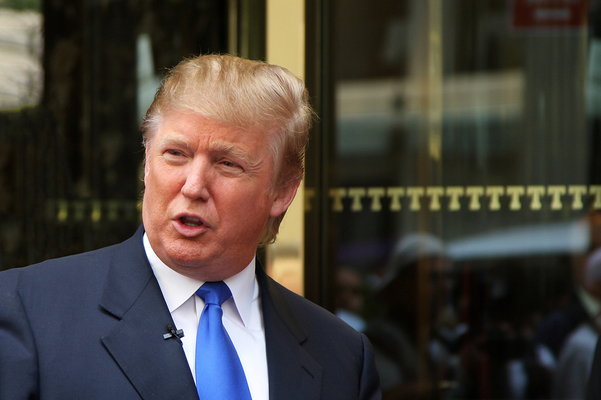 The following article was written by Jonathan Easley and originally appeared on The Hill.

Conservative activists have so far directed their ire at Speaker Paul Ryan(R-Wis.). Unhappy with legislation they see as a half-measure, they’ve dubbed the bill “RINO-Care,” a reference to “Republicans in Name Only.” But activists have stayed away from attacks against Trump, even as the White House whips support for the bill.

Meckler says that could soon change.

“I think he has some ‘honeymoon goodwill’ that is quickly evaporating,” said Meckler, the former co-founder of Tea Party Patriots whose new group, Citizens for Self Governance, has a database of 2 million conservative activists.

“If the grassroots don't see some aggressive moves soon on his part to push for full repeal, the honeymoon will come to a very quick and harsh end. I'm already hearing the rumblings.”

“The grassroots fuse is short on this stuff,” Meckler continued. “We are used to being betrayed by politicians. So that's what we expect. If Trump starts looking like a politician in that regard, his support from all but the most rabid supporters will quickly dry up.

“I've spoken to a couple of serious Trump campaign volunteers this week. They are exceptionally frustrated with the RINO-Care mess, and Trump's role in it. So the disaffection is finding its way deep into his base.”

So far, Trump has escaped blame for the White House push on a healthcare bill that is deeply unpopular with the base.

Over the weekend, Meckler’s group Citizens for Self Governance conducted a survey of its members that found grassroots conservatives largely believe Trump has kept his campaign promises, while Republican leaders in Congress have not.

Those results are in line with the early political fallout from the push to pass the GOP’s controversial ObamaCare repeal and replace bill.

Trump has largely received a pass from grassroots conservatives, who have instead blamed Ryan and other GOP leaders for selling out on “ObamaCare lite.”

Trump met last week with leaders from several conservative grassroots groups, including Club for Growth, FreedomWorks, Tea Party Patriots and Americans for Prosperity. The heads of those groups emerged from the meeting blaming GOP leaders — and Ryan in particular — for putting Trump in a political bind.

That pass could be short-lived, Meckler said, as the White House has taken a leading role in whipping support for a bill that is loathed by base conservatives who have otherwise stuck with Trump through thick and thin.

The top issues for conservatives polled by Meckler’s group are appointing Constitutionalists to the courts, repealing and replacing ObamaCare, making the military stronger, passing tax reform and rolling back Obama’s regulatory actions.

Meckler said Trump has done well on the courts, the military and regulations. But Trump “doesn’t seem to be fighting for what he promised” on healthcare and tax reform, Meckler said.

“There was a phase when many were what I call ‘Trump Drunk,’” Meckler said. “If he doesn't get it together on this, we may be moving into the hangover phase.”

“That's not a critique of Trump,” he continued. “It's just that he has Congress and the Courts to deal with. The remedy for the hangover is for Trump to fight for what he said he'd fight for. The grassroots will not blame him for losing those fights, with Congress or the courts. They will blame him if he doesn't fight to keep his promises.”

The Citizens for Self Governance members survey was conducted between March 9 and March 12. Members had 48 hours to fill out the questionnaire. The groups received 4,801 responses from conservative leaders and activists in all 50 states.