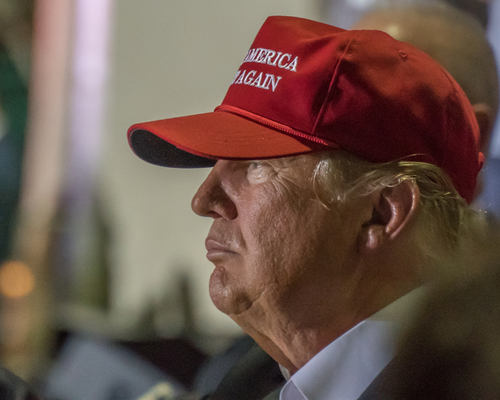 Over the past few years, Republican politicians have said that they wanted to repeal Obamacare, and the voters in the jaw-dropping Presidential election agreed. Last week, the ball was teed up. The American people were in the stands, holding their breath as the federal government was ready to take a swing at health care once and for all.

House Speaker Paul Ryan developed a plan to replace the former President’s boondoggle as the first legislative priority for the now Republican-led government. But it soon became evident there was little support for what some called “Obamacare-lite.” In what can only be described as a stunning embarrassment, Ryan pulled the healthcare legislation from consideration because his own members didn’t support it.

Americans, trying to put a good spin on it, said this was a good development. Republicans weren’t ready, they can try again. However, Ryan said they were not going to pick up this ball again for the foreseeable future. “Obamacare is the law of the land,” Ryan said. “It’s going to remain the law of the land.”

Immediately, the Washington, D.C. blame game began. People blamed Ryan for making healthcare reform a priority even though they didn’t have time to prepare. Some Republicans blamed the House Freedom Caucus for being unwilling to compromise on Ryan’s offering. But there’s no question where the blame should land: squarely on the shoulders of a dishonest Congress that never intended repeal in the first place.

That’s what America wanted, a full repeal, not some sort of patched together mishmash of unpalatable programs designed to placate the ones already on it. If Ryan and his pals had sent total repeal to the Senate, the President would’ve signed it. After all, during the campaign, this was his second-most popular refrain, after the “we’re going to build a wall and make Mexico pay for it.” Republicans sent bills to Obama’s desk, which he promptly vetoed. But they couldn’t muster the courage to send one to President Trump? Even if full repeal didn’t make it past the Senate, the voting records would have given us an honest target list for the primaries.

When Donald Trump was elected, those of us focused on conservatism, the Constitution, and self-governance breathed a big sigh of relief – and for good reason. The Clinton machine promised nothing but more corruption and big government. However, this Obamacare fail shows us we let our guards down too much, because Trump has limited ability to change things within the current construct of the federal government. Politicians can not save us. I don’t care if we’re talking about the Obama, Clinton, Bush, or Trump – no person who sits in the Oval Office can offer a solution to what ails us.

What they’re not fine with is this “business as usual” that has seemed to cling to the political process in spite of the historic Trump victory in November.

As I’ve said before and I’ll say again and again and again. The only solution to our out-of-control, corrupt, inane federal government is to rein it in, to limit it, to take away their power. Ten states have already passed an application to call a Convention of States, as outlined in Article V of the Constitution, and more are coming. This is truly the only way to “make America great again” – and the government can’t do it for us. The grassroots activists in these states are the people I applaud, the ones who see the failings of our federal government and take action to limit it. In fact, as crazy as the news cycles are, it’s a great time to be alive. We have the opportunity to stand and fight for something that matters.

Paul Ryan, in the press conference with his tail between his legs said, “I will not sugarcoat this: This is a disappointing day for us. Doing big things is hard.”

Well, I’ve got news for you, Speaker Ryan. NOT doing big things is even harder. I hope the American voters send that message to you and your buddies loud and clear.