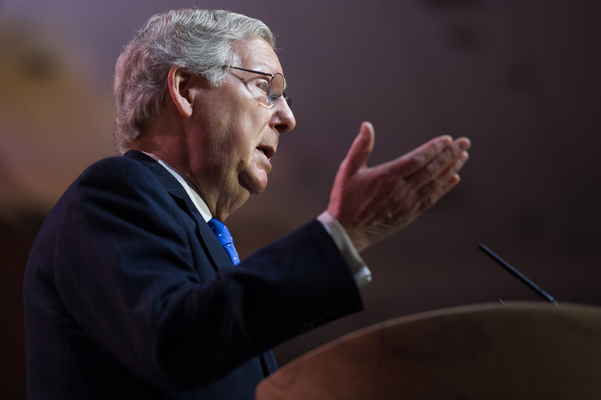 There might not be any relief this year for Americans struggling under an ever-increasing tax burden.

Senate Majority Leader Mitch Mcconnell downplayed last week the possibility of Trump’s tax reform package being passed before the August recess. "I think finishing tax reform will take longer," he said. "We do have to finish the health care debate … before we go to taxes."

Given the GOP’s inability to pass an Obamacare repeal, many Americans are wondering whether “longer” really means “never.”

The truth is, neither party in DC is committed to serving the best interests of the American people. Despite record-breaking tax revenues, Congress has refused to address the billions of dollars in waste, fraud, and abuse they lose every year. If they were actually concerned with serving their constituents, they would have already found ways to save money to offset lowering taxes.

Essentially, a Convention of States can force the federal government to address the billions of dollars they waste every year and to lighten the financial burden of millions of Americans.