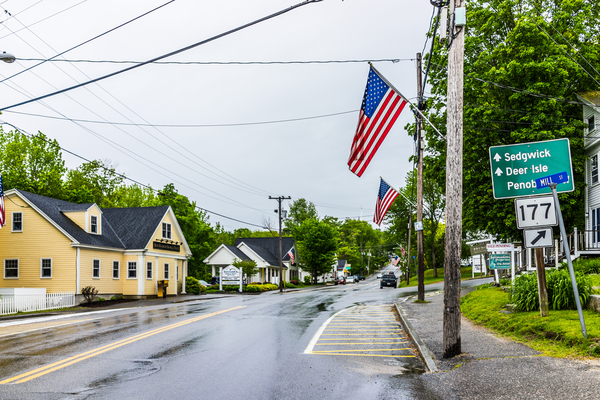 One of the fundamental principles of any limited-government movement is the idea that power should reside as close to home as possible.

We're not abandoning that principle during this health crisis. Federal and state leaders have their place, but the decisions that affect Americans most should be made by local leaders.

Why? Because in most states, only a small number of counties have experienced high rates of COVID-19 hospitalizations and deaths. In more suburban and rural communities, the lockdowns are not only unnecessary -- they're crushing.

No matter which state you analyze, the same principle holds true. The COVID-19 surge is concentrated in a few counties, while the rest of the state remains largely unaffected.

Statewide policies may be necessary to ensure these concentrations don't spread to other counties. But decisions to open the economy and return to work can largely be left with local officials. If a community has experienced only a few deaths and a low infection rate, they shouldn't be shackled with the same policies meant to halt the spread in an urban center hundreds of miles away.

This is, in part, why we launched OpenTheStates.com. Citizens in all 50 states are having conversations about the best ways to re-open their economies, and we want as many Americans to be involved in these decisions as possible.

At OpenTheStates.com, you can get plugged in to your local group dedicated to re-opening your community's economy. These groups are not affiliated with the Convention of States Project, but we want to give all our supporters and volunteers an opportunity to get involved. You can also join the petition movement asking the President and Congress to get Americans back to work, and we've included ways for you to easily contact your local officials.

Self-governance, limited government, and local control aren't just principles for the good times. These ideas have seen us through our nation's worst crises, and we're not about to abandon them now.