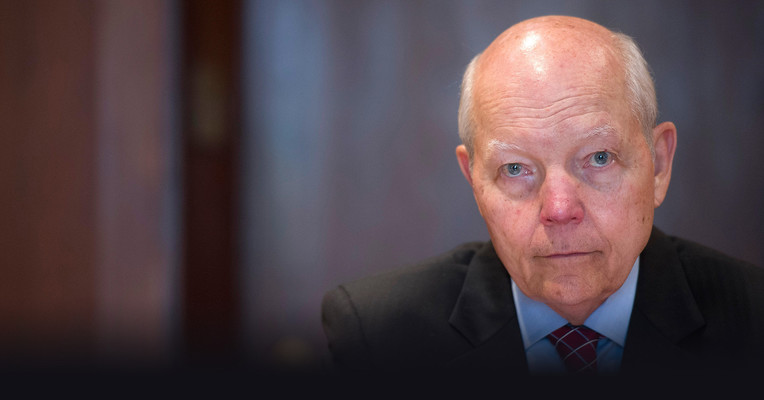 Why is John Koskinen, the scandal-plagued IRS Commissioner, still in office? Enquiring minds want to know.

President Trump has done a lot in his short time in office — a lot of draining — and yet, Koskinen is still on the federal payroll. I agree with TaxProf Blog’s Paul L. Caron when he said, “He’s the No. 1 candidate in Washington for President Trump’s signature line: “You’re fired.”

Koskinen was brought into the IRS in 2013 and was supposed to uncover why Tea Party and conservative groups were singled out and denied approvals for tax exempt status. But he didn’t, or wouldn’t.

“Instead,” Caron reminds, “what Congress and the public got from him was obstruction, open defiance and a refusal to discipline anyone at the agency. Indeed, he seemed most concerned with running interference to shield the Obama administration from any embarrassment.”

And as an award for being such a good puppet, the Department of Justice never dared to bring any charges and that helped ensure Lois Lerner walked free and protected anyone for bearing the responsibility for the unlawful discrimination against conservative groups. These are unconstitutional abuses by the federal government and somebody needs to be held liable.

And that’s why Koskinen needs to go and NOW.

Want to help Trump drain the swamp? An Article V Convention of States is the best way to do it. It's controlled by the states and the people, and DC bureaucrats can't do anything about it. Click here to learn more.