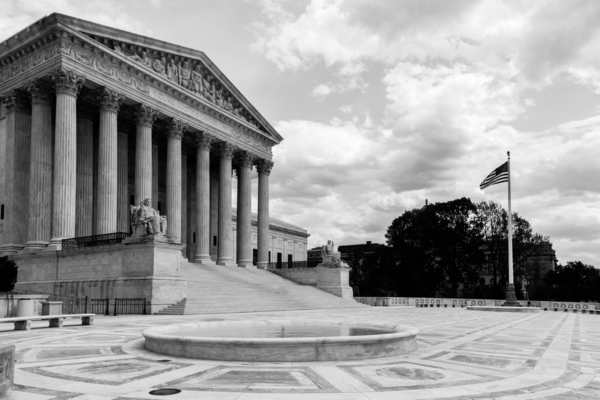 In Justice Scalia’s dissenting opinion in Obergefell v. Hodges he said, “It is of no special importance to me what the law says about marriage. It is of overwhelming importance, however, who it is that rules me. Today’s decree says that my Ruler, and the Ruler of 320 million Americans coast-to-coast, is a majority of nine lawyers on the Supreme Court.”

Whatever one’s views on marriage, our Founders made it clear that the federal government is a child of the states -- not the other way around. The Supreme Court’s decision to legislate from the bench on a matter rightly left to the purview of the states is among the most blatant instances of federal overreach this country has ever seen.

Gov. Mike Huckabee, who also endorses the Convention of States Project, laid out the problem clearly in a recent op-ed:

Can the Supreme Court "decide" this? They cannot. Under our Constitution, we have three, co-equal branches of government. The courts can interpret law but cannot create it. The ruling still requires congressional funding and executive branch enforcement. The Supreme Court is not the "Supreme Branch," and it is certainly not the Supreme Being. If they can unilaterally make law, and just do whatever they want, then we have judicial tyranny.

Throughout our nation's history, the court has abused its power and delivered morally unconscionable rulings. They have rationalized the destruction of innocent human life, defined African Americans as property and justified Japanese-American internment camps. U.S. presidents, including Abraham Lincoln, Andrew Jackson, and Franklin Delano Roosevelt, ignored Supreme Court rulings, rejecting the notion that the Supreme Court can circumvent the Constitution and "make law."

I also reject the idea of "judicial supremacy" as just another flawed, failed feature of big government, inconsistent with what our founders fought a revolution to establish.

But there is hope. A constitutional recourse to judicial tyranny is gaining momentum around the country. A Convention of States, called under Article V of the Constitution, can impose constitutional limits on the federal government’s power -- limits that will ensure an end to the overreach we witnessed last week.

So what can YOU do?

1. Learn about Article V and the Convention of States movement. All the most important info is on our Learn page.

2. Click here to sign petition. It will be automatically sent directly to your State Senator and House Member.

3. Click here to find out how to become a leader for our effort in your area. We need more District Captains, and we'd love to work with you.

We can restore our country to the principles of self-governance upon which our country was founded. The Founders gave us the tool -- it's time we use it.