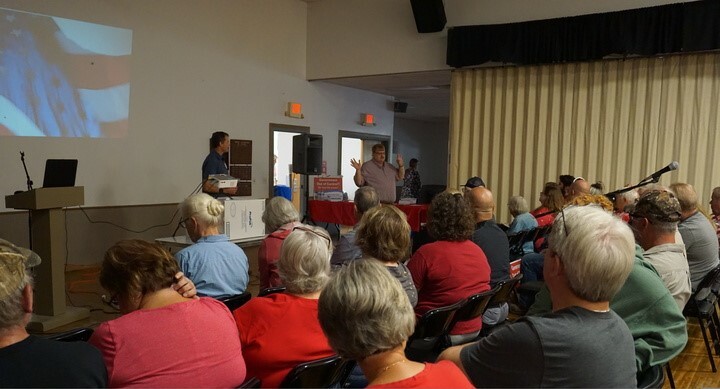 The Spring Valley Community Center was very active, even loud at times, on Saturday, September 11 -- and the reason is because Convention of States Minnesota held a town hall there.

The image at top shows Rep. Quam addressing the attendees. He is very good at explaining the process and also at getting across the importance by conveying to others what is at stake.

After a guest had a loud outburst of emotional disgust at recent happenings in U.S. politics, Rep. Quam and Regional Captain Doug DeRoos worked to calm the situation so that we can maintain a clear-headed focus on the path to a solution which is as big as the admittedly-terrible problems which we currently face as a nation.

With such a large and fast political shift in the last 18 months, where the country is not even very recognizable as America any more, we are all a little bit more "on edge" and have good reason to be, but remember: clear heads prevail.

Below is a picture of Sumner Jones showing a graph of our national debt level rising exponentially, regardless of which political party is in office.

Because of timing, his eyes are closed in this one, and a light-hearted interpretation of it is that he must have been praying that a Convention of States would halt the rising national debt before it causes the U.S. economy to fully collapse! 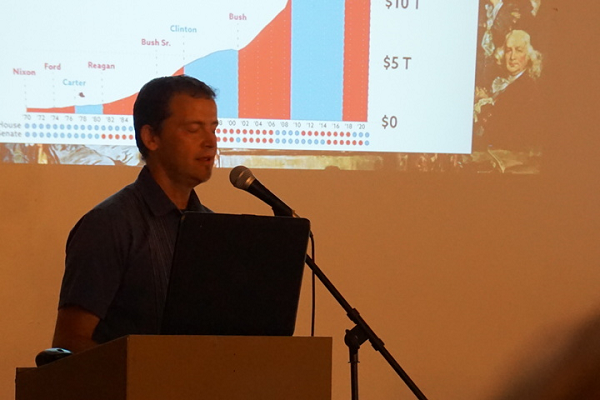 With almost 80 guests and high engagement, half of them turned into new petition signers, and almost 10% showed interest in becoming a Convention of States volunteer.

The attendees came from at least 12 different cities in the Spring Valley area, proving that the word is getting out, and that people are willing to travel to hear a message of hope. 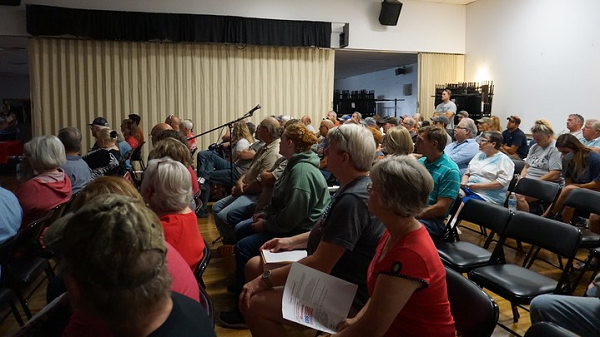 Thankfully, our founding fathers had the insight to include that message of hope in the U.S. Constitution 234 years ago. Here is that "hopeful message" that our local actions can have nationwide effects:

Donations were unusually high as well, which just adds to the interpretation that Minnesotans are getting very fed up with the growing tyranny in government. Much thanks and praise goes out to all who helped to make this event a success.

Opponents of the original intent of the founders, as well as adversaries to the U.S. Constitution itself, have made it very clear by now that we are currently in a fight for our own livelihoods if not for our very own lives.

It has never been more clear that an amendments convention to restore us back to a constitutional republic -- like we had for the first 140 years or so -- is so vitally needed. The usurpation of power by the federal government, using court interpretations, has been going strong since Woodrow Wilson

Our Mission: To build a strong, engaged army of self-governing grassroots activists.