The Convention of States movement has officially reached a historic milestone.

For the first time in our nation's history, 17 of the requisite 34 states have called for a Convention of States to rein in federal power, impose fiscal restraints on Congress, and limit the terms of office for federal officials.

“We are now officially at the halfway mark for the number of states the Constitution requires to call a Convention of States to permanently limit the gross overreach of the federal government and restore balance to the republic based on the original design of our founders,” said Mark Meckler, President of Convention of States Action.

“These grassroots victories have been years in the making but have accelerated rapidly in the last year, as more and more Americans realize the dangers of an out-of-control Washington, D.C., and the true power that average citizens have if they organize and refuse to surrender their God-given rights.”

Check out the videos below for an inside look at our victories in Wisconsin and Nebraska.

Here's a map of all the states that have passed the Convention of States Resolution so far: 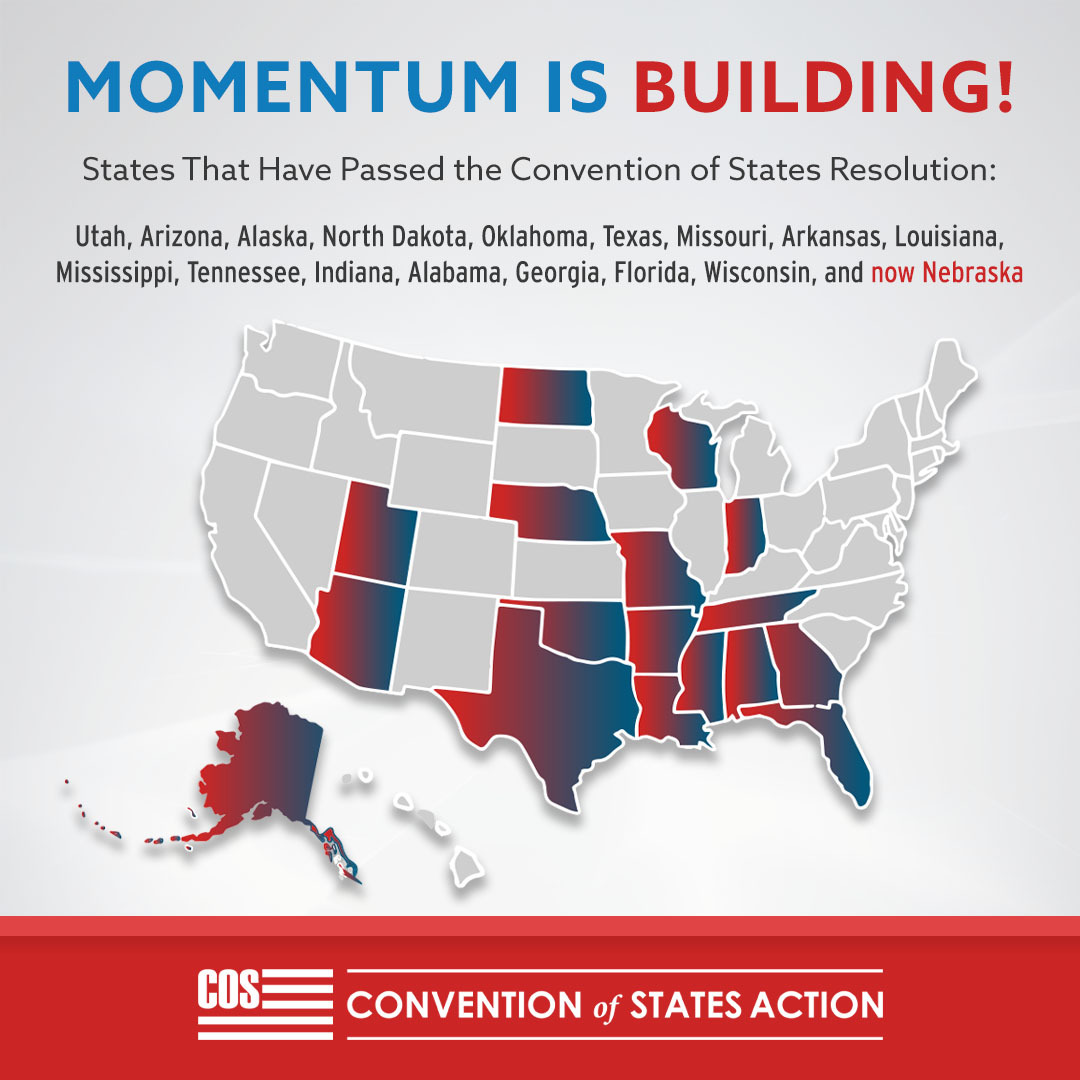 We're just getting started. Momentum is building in other states after our wins in Wisconsin and Nebraska. We're also close in South Carolina, South Dakota, and Iowa, just to name a few.

A HUGE thanks goes out to our amazing grassroots activist and legislative champions, and we can't wait to see what the next few months will bring!

To join this growing grassroots movement, sign the petition below!