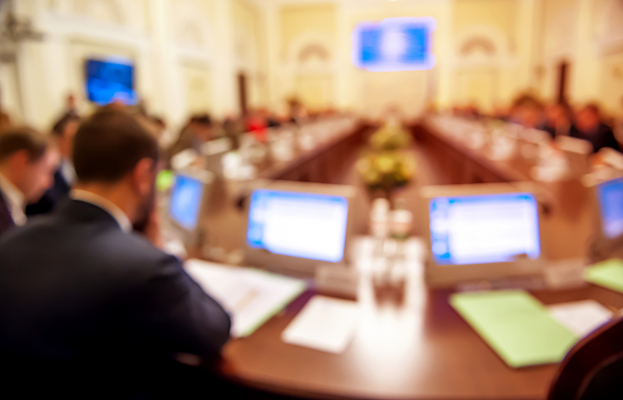 Historically the federal government has played a minor role in our public elementary and secondary education system. Early in our nation’s history, lawmakers passed the 10th Amendment to the Constitution which is the basis for making education a function of state and local districts. School districts are administered and financed by their local communities and the district’s state government. Districts with higher socioeconomic levels have more resources to give to their schools; therefore the standards and quality of education vary district to district and state to state.

The federal government finances our public elementary and secondary educational system at approximately 8% of the school’s budget. Federal dollars for schools come through three departments: Department of Education, Department of Health and Human Services (Head Start Program) and the Department of Agriculture (school lunch program).

The federal government has historically played a minor role in education and did not issue educational policies until the 1960s; referred to as “Johnson’s Great Society” program:

Education is not exactly a constitutional right like free speech and assembly, but it is important enough to warrant constitutional protection. Students are therefore protected against discrimination based on race, gender, religion, disability or ethnicity.

The federal government has taken on a more active and influential role over the years by allocating funds to those school districts that follow certain guidelines. Even though roughly 3% of the federal budget actually goes toward education, over the years, this amounts to billions of dollars.

The federal government plays a role in evaluating each school district by administering the National Assessment of Educational Progress, also known as the Nation’s Report Card. The Department of Education publishes teaching strategies and materials based on their findings. Local and state government is free to adopt these recommendations. However, federal funding will be awarded to the school districts that adopt these practices.

The government’s primary responsibility is for the maintenance and operation of public schools. States are heavily involved in the establishment, selection and regulation of curriculum, teaching methods and instructional material in their schools. Consequently each state has different standards impacting the quality of education.

As Americans continue to see their public schools failing their children, more parents are advocating for government financed vouchers to pay for private schools chosen by the parents.

The federal government’s role increased during the 1980s as business and political leaders became concerned over the U.S. economy falling behind other industrialized countries, specifically Japan. The role increased in the 1990s as the debate focused on accountability through standardized student testing.

Then in 2001, the Bush era promulgated the No Child Left Behind law requiring annual testing in math and language arts for grades 3-8 and stiff penalties were implemented for failing schools.

A decade later, both parties began to question whether the federal government had become too involved in education.

Federal involvement in education had increased geometrically under President Obama as his Secretary of Education used 2009 anti-recession congressionally approved stimulus money to fund state and local school district grant programs that were focused on student accountability through standardized testing and teacher evaluations based on student test results.

Strongly pushed initiatives resulted in major push backs from teacher unions in opposition to teacher evaluations based on student’s test scores. Educators asserted that too much time was spent on test preparation.

Then along comes Common Core Standards for math and language arts. Though not developed by the federal government, it was adopted by 45 states, some of which are reconsidering their participation.

As the political winds begin to shift, the debate on using federal money to fund a parent’s choice of public or private schooling for their child has become a hotly debated issue and is a provision of the Republican bill. Referred to as the “School Voucher Program,” the program has become law in 17 states. The Supreme Court has ruled that school vouchers are constitutional since the public funds will go to the parent and not to a private or religious elementary and secondary school.

There are many arguments against school vouchers. However it is extremely difficult to tell parents whose children are attending failing schools that their child must remain there and continue to fail.

The school voucher movement has never had a better opportunity to become federal law. With our educational system deciding to discontinue teaching cursive writing, will this next generation be able to read our nation’s Constitution? What are your thoughts?