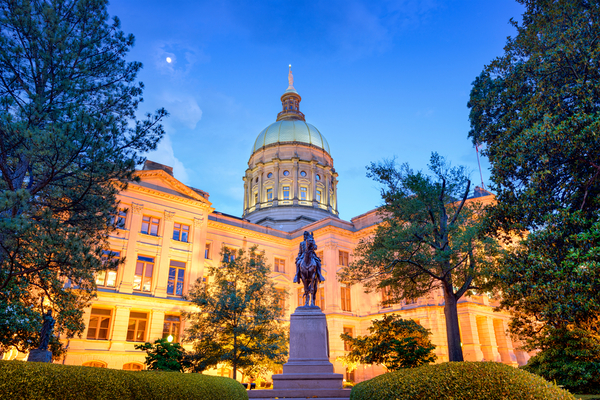 I have fantastic news from The Peach State!

On March 6, 2014, Georgia became the first state in American history to pass the Convention of States application to limit the power and jurisdiction of the federal government.

The House voted to approve the Senate’s version of the resolution by a vote of 107-58.

“I am pleased that the Georgia legislature has given voice to the frustrations of millions of Georgians,” said State Sen. Cecil Staton (R-Macon), the resolution’s primary sponsor. “Enough is enough. It is time to impose fiscal and other restraints on our runaway federal government. We urge other states to join us.”

“We Georgians have become the hope of the Nation today,” said Jacqueline Peterson, the Georgia State Director for the Convention of States Project. “Many thanks to our state legislators for standing for liberty. May God bless us, every single one!”

Our deepest thanks go to our volunteers in Georgia. They took a stand for self-governance, and history will remember what happened in Georgia today. Because they decided to write a letter, make a call, attend a hearing, or meet with their state representative, they can tell their children and grandchildren they made a difference in the fight to preserve liberty.

We expect many more states to follow Georgia’s lead in the months ahead. These are historic times—I encourage you to remember this day and what it will mean for the future of our great country.

You can join the team in your state volunteering on this page.