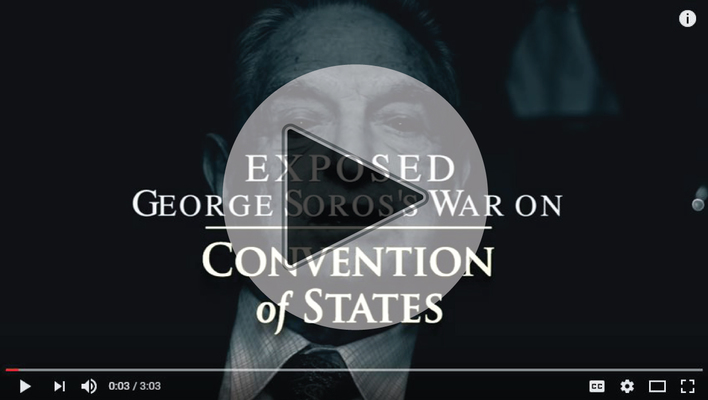 Videos have surfaced of operatives from George Soros-funded organizations undermining the Convention of States effort around the country.

Using identical talking points, these operatives have testified against Article V in at least two state legislatures. Their efforts thus far have been unsuccessful, but they represent a growing movement among anti-constitutionalists to stop the grassroots-led Convention of States efforts.

With these videos, freedom-loving Americans finally have proof: anyone who stands against the Article V movement stands with George Soros and against America’s founders. The Founding Fathers unanimously agreed to include the Convention of States option in the Constitution. They knew that Congress would never propose constitutional amendments to limit their own power, so they gave the people a way to secure liberty without relying on the federal government.

As a long-time proponent of increasing federal power, Soros can’t accept the idea that average American citizens might be able to assert their rights of self-governance. He’s doing everything he can to stop the efforts because he knows that, if successful, the Convention of States movement could topple the elite power structure he’s so carefully built.