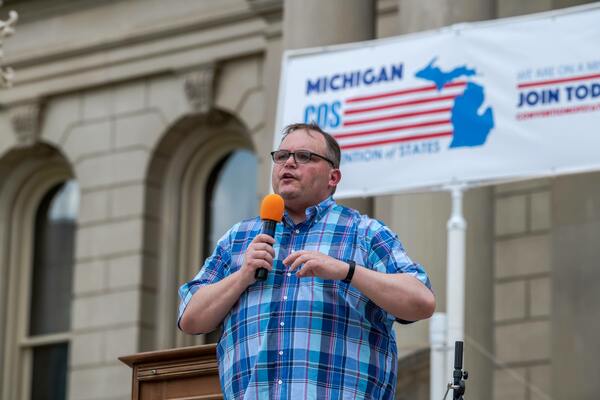 We are thrilled to announce that political commentator and COS enthusiast Steve Deace will be joining us for our next COS at Home webinar, and you are invited!

Steve - like millions of Americans - recognizes that our system of governance is in great peril, but he also has hope that we can still do something to save America.

"The hour is late for our constitutional republic. It is not alarmist or paranoid to declare our rule of law almost gone," he said.

"One need only to objectively view the day's headlines with government gone wild, and unelected judges appointing themselves a perpetual constitutional convention. With too few exceptions, both major political parties have devolved from protectors of the Constitution to its primary threat.”

On Monday, June 6, at 8pm ET, Steve will join us to explain what can be done to protect the Constitution and how we can all get involved.

"As I see it, the Convention of States may be the last chance within the system for we the people to form a more perfect union again."

To learn more about the Convention of States and what YOU can do in the fight against federal tyranny, join us for this webinar! You won’t want to miss it!